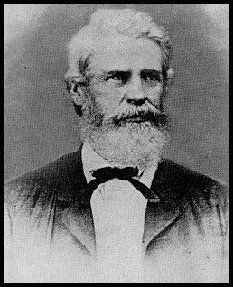 The Milledgeville (GA) Southern Recorder newspaper voices the thoughts of many white Baptists in the state:

[The capture of Fort Sumter] is indeed a good beginning on our side, and imparts great moral strength to our cause … The South is acting strictly on the defensive, and in no instance has been the aggressor; but if her enemies (the Black Republicans) desire a sharp struggle, they can be accommodated even at the doors of the Capitol at Washington.

But we hope that Mr. Lincoln will see the utter folly of trying to subdue the Confederate States, or to blockade their ports, and that after a brief contest, peace will follow, with the full understanding that the South is to be let alone.

Also today, Lincoln is warned in a private letter that a southern campaign against the city of Washington is imminent (link). While the threat to Washington is overstated, the Confederacy does pass a conscription act today.

In general, military movements are the order of the day. Illustrative of the early jockeying taking place between Union and Confederate forces is the action of U. S. Colonel William H. Emory, who moves his troops to Fort Leavenworth (KS), leaving Fort Washita (OK) to a Confederate militia commanded by Douglas Hancock Cooper. A Baptist and military veteran, Cooper is then commissioned as a Colonel of the Choctaw and Chickasaw Mounted Rifles CSA. Serving throughout the war in Indian territories, Cooper attains the rank of Brigadier General.