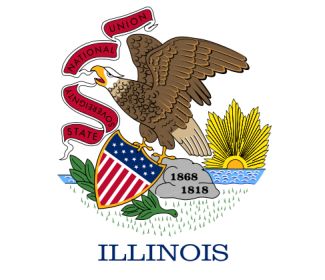 John H. Corn, born in Indiana in 1831 and now living in Illinois, enlists in Company A, Fortieth Illinois Volunteer Infantry. He and wife Paulina attend the local Missionary Baptist Church, where Paulina is a member but John perhaps never joins. During six months of service, John serves the Union army in Missouri and Kentucky, before being discharged with disability.

Following the war, John serves as a justice and a notary public, in addition to farming. He and Paulina raise eleven children, eight of whom survive childhood. Paulina leaves the Baptist church and joins the Christian Church, one of many Baptists of the era who leave Baptist life for the Christian Church.

The Civil War does not necessarily change denominational loyalties among Christians. Rather, movements birthed from the Great Revival atmosphere in the 1820s and 1830s – including the Christian Church and Mormonism – continue to gain traction in the pre and post Civil War years. Nonetheless, the basic Baptist trajectory that would remain throughout the 20th century is in place by the the late nineteenth century: Baptists of the South are on the ascendancy and in a dominant position within the region, while Baptists of the North, competing within a more cosmopolitan and pluralistic landscape, are not as prominent or numerous as some other faith groups.