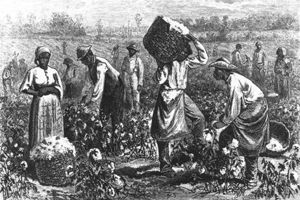 Today the informal emancipation of southern slaves begins, in the form of the United States’ Act to Confiscate Property used for Insurrectionary Purposes. While not mentioning slavery specifically, the Act approved by the President and passed by the Congress gives Union armies the power to confiscate the property of southerners – including slaves, the most valuable of southern property. From this point forward, slaves near battlefronts begin fleeing to Union lines in earnest, seeking freedom. While the Union’s treatment of confiscated southern slaves is uneven, the march to a formal Emancipation Act has begun.

Baptist slaveholders, like other slaveholders, in the coming months keep a close eye on their chattel. Slaveholders in the Upper South are especially alert, as Union armies are nearby. Through the duration of the war, prominent Southern Baptists such as Samuel Boykin will spend much time defending the righteousness of African slavery, even as slaves, when opportunity affords, leave their masters to never return.

SEC. 2. And be it further enacted, That such prizes and capture shall be condemned in the district or circuit court of the United States having jurisdiction of the amount, or in admiralty in any district in which the same may be seized, or into which they may be taken and proceedings first instituted.