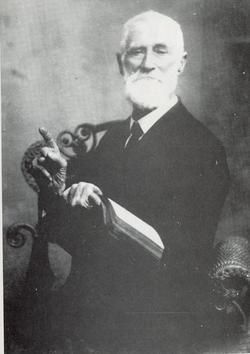 Wayne County, Kentucky, is deeply conflicted. Economically tied to the North and having familial connections with the South, Kentucky families and neighbors in this land in which slavery is much less central than in the Deep South are divided, with emotions running high. The rapid unraveling of harmony is now on intense display in Wayne County.

Sectional sentiments are so emotionally charged that many refuse to speak their opinions publicly. Others, however, are increasingly vocal. Union sympathizers organize the Home Guards, ally with a local judge, and try to force county residents to take oaths of allegiance to the United States. In response, southern sympathizers form the States Rights Guards to resist the Home Guards’ U.S. loyalty efforts. To make matters worse, Wayne County is on the route of East Tennessee Union loyalists trekking to central Kentucky to join the Union army. And while some East Tennesseans travel to Kentucky furtively through hostile territory, the groups of men coming through Wayne County openly display Union sentiments, even to the point of trying to recruit locals to join them on their march.

The tension in Wayne County becomes so great that both sides agree that an attempt at reconciliation is needed. William A. Cooper, a prominent Baptist preacher and third-generation county resident commonly addressed as “Uncle Billy,” is recruited by members from both sides to address a joint meeting at the county courthouse in Monticello, in a plea for peace. That meeting takes place today:

“Saturday came and the people poured into town from every part of the county. Mr Cooper … spoke for two hours and twenty minutes, and at the close offered the following preamble and resolution which it is said were adopted almost unanimously ….

Whereas, our country is in great commotion and a destructive and unnatural war is raging in our once peaceful and happy land; our streets filled with armed hosts, and baleful rumors spreading with lightning speed stirring the blood of men and exasperating them to the highest fever pitch, severing the ties of friendship that have so long subsisted among friends; and whereas it is the duty of all good citizens to calm the excitement prevailing, Be it Resolved:

1st. That we approve the neutral position taken by the state of Kentucky, that it is patriotic and conducive to peace. That we, the people of Wayne County should remain loyal citizens, and that we organize home guards as the law directs and that we arm and equip ourselves for self-defense alone, that being one construction of the law.

2nd. Be it resolved: That in our opinion the deplorable condition of our country appeals to us in a higher sense than any party spirit, and that it becomes us in this dreadful crisis to sink party considerations, and from the bottoms of our hearts erase all prejudices and cultivate the spirit of the holy Christian religion. Be it resolved: That we make liberty, peace and protection a common cause, and that we unite the two Monticello Home Guard companies into one military organization subject to the same drill and training in the muster field. That our former political divisions be forgotten, and that our security, safety and protection to our bank and other property, and to our women and children, demand it.

3rd. Be it resolved: That the celebration of peace shall be our constant aim, and that a mass meeting be held and the voice of the people heard, that we host a white flag with this inscription: ‘Peace is the motto of Wayne County,’ and give other such proofs as will convince the world that we are for peace.

4th. Resolved: That deploring the distressed condition of our common country, we set apart the first day of October next as a day of fasting and prayer to Almighty God to grant us divine aid in restoring peace and prosperity, the greatest of all blessings ….”

Despite Rev. Cooper’s success in bringing the two sides together in voting for the resolution, sectional political fervor ultimately prevails. Within two months, Confederate troops arrive in the county and establish a camp at Mill Springs. In January 1862, the Battle of Mill Springs pits Kentuckians against Kentuckians in the second largest battle that will be fought in Kentucky. More importantly at the time, Mill Springs is the first major Union victory of the war, making headlines throughout the North.

Unable to secure peace in Wayne County, “Uncle Billy” Cooper nonetheless lives to the ripe old age of 95, dying in 1918, his ministerial legacy secure. A successful minister, he is credited with baptizing over 3,000 persons and marrying some 1,300 couples.