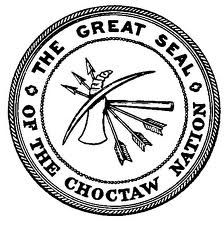 The Choctaw Nation today issues a resolution expressing regret over the “unhappy political disagreement between the Northern and Southern States of the American Union,” and foretelling what they will do if open warfare erupts:

“That in the event a permanent dissolution of the American Union takes place, our many relations with the General Government must cease, and we shall be left to follow the natural affections, education, institutions, and interests of our people, which indissolubly bind us in every way to the destiny of our neighbors and brethren of the Southern States, upon whom we are confident we can rely for the preservation of our rights of life, liberty, and property, and the continuance of many acts of friendship, general counsel, and material support.”