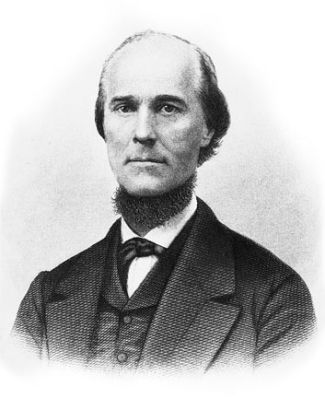 Georgia’s secession convention continues, under the leadership of Governor Joseph Brown (illustration), currently the most prominent Southern Baptist in the state.

Today, delegates pass a resolution appointing the ten representatives to carry a proposal to the slaveholding states’ convention:

Resolved, That in the opinion of this Convention no State ought to be admitted into the new confederacy to be formed at Montgomery, unless such State shall tolerate the existence of slavery as one of its own domestic institutions, and shall permit an inter-state traffic in slaves with its citizens, and that should any State at any time abolish the institution within its limits, such State shall ipso facto cease to be a member of the said Confederacy.”