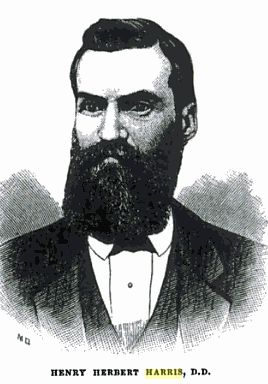 The Harris family of Virginia contributes two well-educated brothers to the Confederate cause.

Today J. M. Harris graduates from the University of Virginia with a A.M. degree. Afterwards he joins his brother, Henry H., in serving in the Confederate Army. Henry (the older brother) graduated from the University of Virginia one year earlier, also with a A.M. degree. Although exempted from military service while he was teaching at Albermarle Female Institute, and despite frail health, he now voluntarily serves as a private soldier. J. M. enlists as an artilleryman.

Henry experiences military action in the Kanawha Valley later this year. After his unit disbands at the end of the year, Henry enrolls at the Southern Baptist Theological Seminary in 1862, but within a few months re-enlists and serves under Gen. Stonewall Jackson. Among other engagements, he fights at Chancellorsville, where Jackson is mortally wounded. In 1863 he is promoted to Lieutenant in a Virginia regiment of engineer troops. Surviving the war, he returns to teach at Albermarle, but soon (1866) becomes the chair of the Greek department at Richmond College.

J. M. also survives the war, and in 1869 is appointed Professor of Natural Sciences at Furman University.