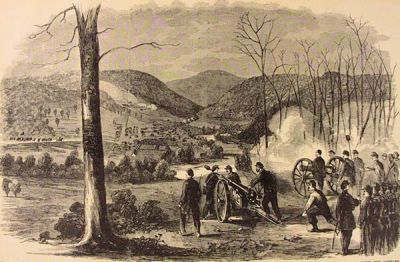 The American Baptist Missionary Union continues meeting today in Brooklyn, New York. The war between the North and South weighs upon the minds of all. Believing that the conflict would be resolved if southern leaders could understand the good intentions of the North, attendees ardently speak against the charges of Southern Baptist leader Richard Fuller of Baltimore, who weeks ago during the Southern Baptist Convention meeting in Savannah, Georgia, had accused northerners as being bloodthirsty barbarians.

Delegates, however, go further than merely rebuking Southern Baptists, and adopt “strong resolutions to uphold the Government in prosecuting the civil war.”

Meanwhile, the Battle of Phillipi is fought near Phillippi, Virginia (now West Virginia) as part of the larger Western Virginia Campaign. The first organized land battle of the war, it nonetheless pales in comparison to later, major battles. In a largely bloodless campaign, Union Maj. Gen. George B. McClellan emerges triumphant over Confederate Col. George A. Porterfield, as Confederate forces are startled from sleep by Union artillery and proceed to flee in surprise and confusion.