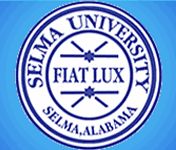 The Fourteenth Indiana Infantry, formed in May, remusters for three years. Among the soldiers is Harrison Woodsmall, future Baptist minister and educator, who leaves Indiana State University to join the army. Woodsmall serves with distinction, fighting at Antietam (Virginia) and attaining the rank of major in the 115th Indiana Regiment.

While in the war, he studies law, continuing his studies after the war at Ann Arbor, Michigan. Afterwards, he practices law in Indiana for six years, and volunteers his services among Indiana’s black population. On the side, Woodsmall works on a theological degree at The Southern Baptist Theological Seminary, and in 1873 moves to Georgia to work among freedmen as an employee of the Georgia Baptist Convention’s Sunday School Board.

Afterwards, he becomes an American Baptist home missionary in the South, and in 1878 serves as the first president of the Alabama Baptist Normal and Theological School at Selma for African Americans. The goal of the school is to instruct black Baptist ministers and freedmen. Woodsmall is hired by the black trustees of the school, and begins with four students. The school is formed under the auspices of the Alabama Colored Baptist State Convention (ACBSC).