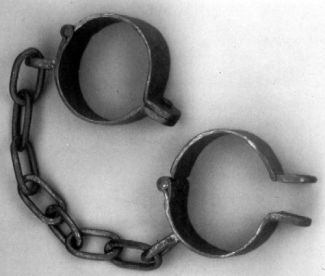 Ebenezer W. Warren, pastor of First Baptist Church of Macon, Georgia, months ago preached that African slavery is unquestionably biblical. Many other Southern Baptist pastors have also preached this central message of the South from their pulpits.

Yet for an institution ordained by and blessed of God, the war has already revealed that enslaved Africans are quite willing to rebel from their masters’ authority. While Lincoln’s Emancipation Proclamation is one-and-a-half years away, some slaves are already exercising self-emancipation as many southern white men are away preparing for war.

Georgia’s Baptist governor, Joseph Brown, receives a letter from a constituent that discusses the growing problem of runaway slaves. While the number of runaways is increasing, the charges against runaway slaves of rape and murder are likely more fantasy than fact. Much more common, now and in years past, are instances of white men sexually assaulting African slave women and murdering African slaves.

“Our country is infested with runaway Negroes. They are armed. On Tuesday last a camp was discovered in a dense swamp, but the dogs were all killed and the hunters could not venture in as Negroes were all armed. There are three camp[s] within six miles of my plantation. Mr. Hines was shot at by one last week, and Mr. Williams was killed by a runaway. Not a night passes that does not witness robbery from barns, smoke houses &c. The ladies are very much frightened, as runaway Negroes have committed two rapes and two murders in the last week. It is supposed that there cannot be less than forty armed runaways in camp at different places in the county. A general scene of insecurity pervades the county. The ordinary patrol can accomplish very little.”