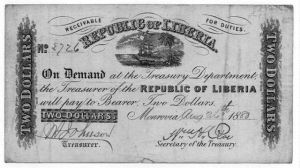 The day before his inauguration, U. S. President-elect Abraham Lincoln finalizes his Cabinet appointees. Among his Cabinet is former presidential candidate (1860) Edward Bates of Missouri, appointed as Postmaster General.

A former slaveowner, Bates no longer owns slaves nor supports slavery. The story of Bates’ emancipation of his slaves intersects the world of Baptists, as reported by a February 18, 1860 in-depth feature article on the life of Edward Bates in the pages of the New York Times:

In 1846, Mr. BATES’ aged mother died, having emancipated, by will, the few slaves that remained to her. A few years since, his sister, SARAH BATES, then living with her brother at St. Louis, but having set free a portion of her slaves at an earlier date, emancipated the remainder, thirty two in number, by a formal deed.

Mr. BATES himself has acted in a similar manner. Some fifteen years ago, having only three slaves, two of them left him, and he permitted them to go at large without pursuit; one only remained — a young man of 20 years of age, by the name of ADAM WHITE. He signified to his master a desire to go to Liberia; to this Mr. BATES assented, but represented to him that as he had only been a house-waiter, he was hardly fitted to enter upon the severe duties of the position he desired. He, therefore, advised him to remain five years, and quality himself by education and learning a trade, to make sure of success. ADAM assented joyfully to this plan, and pursued it with energy. Mr. BATES’ sons, then school-boys, taught him to the evenings, reading, writing and arithmetic; he was then sent for a time to a cooper, who instructed him to his trade. After this, he was placed with a shoemaker, whose art he also mastered. The five years had now expired, and ADAM, provided by Mr. BATES with the tools for his two trades, and a moderate outfit of money and clothing, was dispatched to Liberia. Here he has prospered, and is now an elder in the Baptist church. This was Mr. BATES’ last slave.