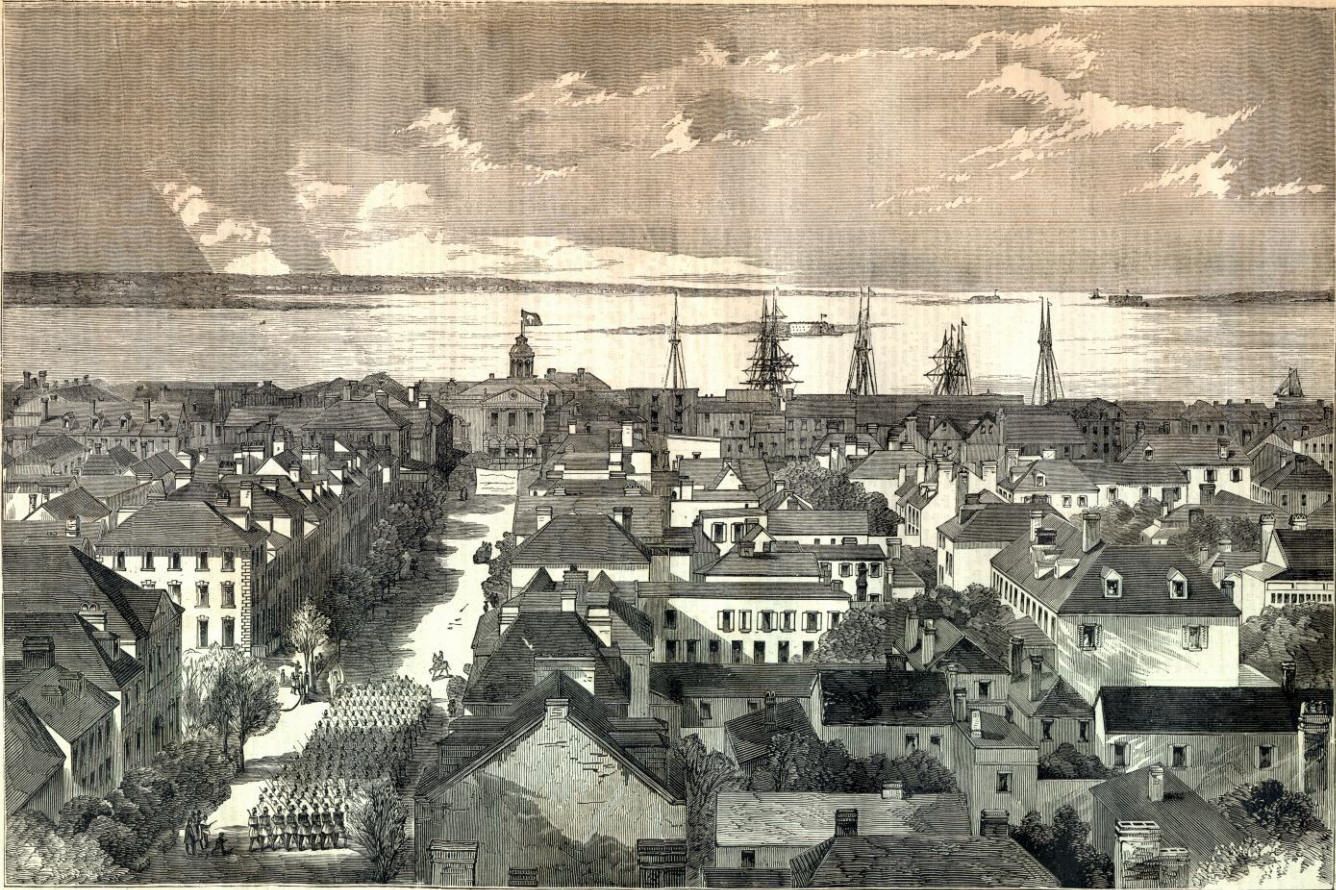 Seeking ways to supply Fort Sumter, Abraham Lincoln explores a plan devised by Gustavus V. Fox, Assistant Secretary of the Navy. Fox proposes to send an ocean-going steamer south to Charleston (illustrated), accompanied by three warships, tugboats, and launches for ferrying supplies from the steamer to the Fort.

Not all Washington officials are keen on Fox’s scheme; some of Lincoln’s cabinet still advise evacuation of Sumter, and Lincoln continues to allow the public impression that the Fort will be evacuated (and in so doing buys time with the South).

But today, under Lincoln’s and General Winfield Scott’s orders, Fox leaves for Fort Sumter via Charleston to talk with Major Robert Anderson and assess the feasibility of resupplying the Fort. Two days hence, South Carolina Governor Francis W. Pickens and CSA General Beauregard grant Fox permission to visit the besieged fort. Upon discreetly discussing the matter with Anderson and returning to Washington, the plan for resupplying Sumter is solidifying. The question remains: how will Confederate forces surrounding Sumter respond?

Indeed, anticipation hangs heavy both in Charleston and Richmond, Virginia. The former city represents the focal point of the hostility between the North and the South, while uncommitted Virginia hangs in the balance, with Unionists hoping they yet have the upper hand but Confederates pressing hard in the legislator. That Sumter has not yet been evacuated by the Union, however, does worry Virginia’s Unionists.

Both cities are also centers of Baptist influence.

While settled by Baptists at a later date, Virginia in the post-Revolutionary War era emerged as a center for Baptist activity in the South, and now is home to some of the most prominent Baptist congregations in the South, including First and Second Baptist churches.

The Baptist congregations in both cities will not emerge from the impending Civil War unscathed.