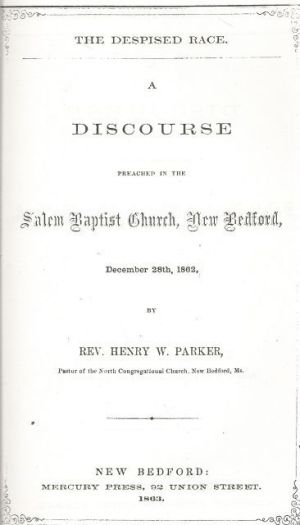 Among black Baptists of the North and the Union-controlled South, excitement is building for U. S. President Abraham Lincoln‘s forthcoming Emancipation Proclamation. Enslaved blacks in the Confederacy are also quietly anticipating the moment, while yet realizing that legal and official freedom will mean nothing until–and if–the slave-based Confederacy is defeated by the United States.

Awaiting the proclamation, today the African Salem Baptist Church of New Bedford Massachusetts, a prominent congregation in a town boasting a vibrant black community, hosts the Rev. Henry W. Parker, an abolitionist, writer and Congregational minister who speaks to the congregation on the subject of “The Despised Race.” To the approval of the members present, Parker argues passionately that race matters not in the eyes of God.

The following day, a committee from the Salem Baptist Church headed by pastor Rev. William Jackson requests permission from Parker to publish the sermon. Parker complies, and the sermon is published in 1863. 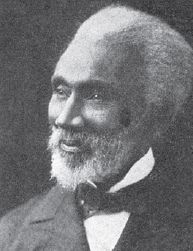 On March 10, 1863, Rev. William Jackson–formerly involved in the Underground Railroad–becomes the chaplain of the 54th Massachusetts Colored Infantry. He later serves as chaplain for the 55th and is believed to be the first African-American commissioned as a United States Army Officer. Resigning his commission in 1864, Jackson returns to lead the Salem congregation.