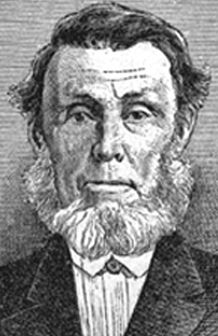 Joseph S. Baker, a prominent Southern Baptist minister serving in Thomasville, Georgia, offers his perspective on the state of the Confederacy in a letter printed in the Christian Index:

….We need religious papers more now than ever. The war is not only laying waste our country; it is desolating Zion. From every quarter of the compass complaints reach us of churches–important churches too–left without pastors and almost broken up. Christians–good christian brethren and sisters–allow things earthly to divert their attention from things spiritual, and things present from things to come. This should not be so. A fearful storm is sweeping over the land, and everyone should fly to the Rock that was cleft to afford a shelter to those who would escape from the storms of life, and the more terrible storm of Divine wrath. The number of our preachers at home has been greatly diminished by the war, and we that are still left to feed the flock of Christ, are too few to render them all the service they require…

Baker goes on to offer his help to the Index, as well as to the Baptist Banner, an independent Baptist newspaper published in Georgia. Baptist newspapers throughout the Confederacy are already a primary means by which Baptists of the South receive news from within their denomination and of the war. Baker hopes that Baptist newspapers will stem the emptying of church pulpits and pews in the South. Within a year, however, Index editor Samuel Boykin will routinely criticize Baptist ministers of middle Georgia for refusing to leave pulpits to minister to soldiers (and statistics will bear up his charge). The first-hand experiences of Baker and Boykin, in short, reveal that Baptist reactions to the war vary greatly within even a given state.