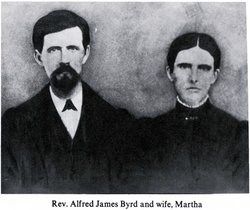 As the war grinds ever on, soldier desertions increasingly become a problem for the Confederate Army. Reasons for desertion include, among others, disillusionment among common men who believe they are fighting on behalf of large slave owners; homesickness; pressure from wives and other family members who are suffering on the Southern home front; and lack of conviction that the Confederacy can win the war.

The reason or reasons that Confederate Alfred J. Byrd, born in Kentucky and a Private in Co. F, 50th Tennessee Infantry, today “absented himself without leave” may never be known for certain. For most of this year, Byrd, captured by Union forces in the battles of Fort Henry and Donelson, had been imprisoned in the United States Camp Douglas in Illinois. He had been released from prison on September 5 and sent to Vicksburg, Mississippi.

Two days following his apparent desertion, Byrd is declared to have “deserted at Coldwater, Mississippi on 28th of October, 1862.” He may have later returned to service; he apparently remains on the official Confederate roster until 1864, the same year that he marries Martha Manning in Stewart County, Tennessee.

Following the war, Byrd becomes a Baptist pastor in 1877, and in the years following pastors in churches in Tennessee and Kentucky. According to family history,

In the early 1900s, Byrd and his second wife, Mary Wiggins, move to Granite, Oklahoma. There Byrd dies in 1908, “64 years of age and a prominent Mason,” according to his obituary in the Granite newspaper.