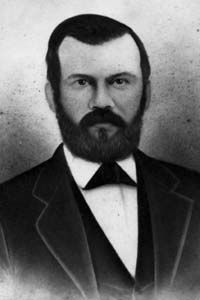 Baptists compete with Methodists in claims for the largest religious denomination in the Confederacy. Sometimes the competition is not exactly cordial, as is evidenced in today’s Georgia-based The Countryman newspaper.

The Countryman is privately published by a wealthy Methodist slave owner, Joseph Addison Turner. The Methodist layman is not complimentary of new children’s periodicals published by both Baptists and Presbyterians (the latter of which are less numerous, but more influential in the South’s intellectual circles).

For Baptists of the South during the war, children’s publications address a growing concern that boys and girls orphaned by the war are receiving little Christian instruction. Turner, however, does not believe children should be indoctrinated by denominations.

“We have received a copy of this handsome little paper for children. It is well printed and admirably filled with useful and attractive matter for the young. It is issued by the Presbyterian Committee of Publication, Richmond, at 25 cents per annum, to clubs of 20 or more. We welcome this and all kindred papers to our exchange list. We cannot help thinking, however, that it is unfortunate that juvenile publications should be of a sectarian character. The Baptists and Presbyterians have each just started little papers for children; the Methodists; Episcopalians, and others will doubtless be led to do the same. The result will be that the children of the country will be filled with sectarian bigotry before the grace of God has made any impression on them. Will not somebody start a paper for the juveniles that, will leave controversial matters to those of ripet growth, and be content to mould the morals, and instruct the mind without warping either to any particular church creed.”

Well said, brother Atkinson, and I am glad you had the moral courage to say it. It does seem to me that our various sects evince much more anxiety to make proselytes to their particular creeds, than to make Christians. The essence of Christianity is entirely forgotten by our sectarian bigots in their wranglings about points that are of no more importance than the difference ‘twixt tweedle-dum and tweedle-dee. And they must not only burden the minds of older people with these lilliputian differences, but they must poison the minds of the infants with their sectarian prejudices, so as to render it as impossible to get an enlarged idea of religion into their cramped up minds and hearts, as it is to give proper shape to the craniums of the Flat-head Indians. Take a child, and train him up in the dogmas of sectarianism, and you had as well try to penetrate the heart of the Stone Mountain as to break through the impenetrable mail of dogmatism by which he is surrounded.

This is all wrong. And as the religious press will never correct the wrong, it remains for the secular press to combat, all it can, this great evil.

The Baptist children’s newspaper that Turner harshly criticizes is the Child’s Index, newly published by Samuel Boykin, editor of Georgia Baptists’ Christian Index newspaper. Boykin is now promoting the periodical, encouraging fellow Baptists to use his children’s periodical and

raise [children’s] clubs–all I ask is for the paper to be shown to the children. To the church that will subscribe for the largest number of copies in proportion to its number of members we will give a sunday school library of one hundred volumes.

Turner’s criticisms and warnings ultimately go unheeded. Sunday School (currently confined to children) among Baptists of the South is on the ascendancy, and following the war, both Southern Baptists and Methodists of the South delve into the publishing of children’s periodicals in earnest. For his part, Samuel Boykin becomes one of the leading Southern Baptist writers of children’s literature.

Notes: The “Flat-head Indians” is a reference to the Kootenai Native Americans from the Pacific Northwest who, in 1855, were settled by the U.S. government on the Flathead Reservation in present-day northern Montana. “Stone Mountain” is a reference to an enormous uprising of exposed granite east of Atlanta, Georgia.