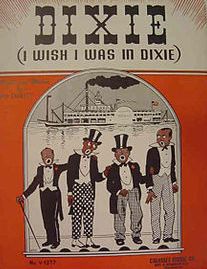 Throughout the Confederacy, Baptist associational gatherings taking place in recent months have routinely taken up collections for use in ministering to soldiers through Bible and literature distribution or other missionary work in the camps.

Delegates at such meetings are exclusively men, yet leading lights in Southern Baptist life also seek to appropriate women, who have no leadership roles in church life, in support of missionary efforts among the Confederate troops. An article in today’s North Carolina Baptist Biblical Recorder, written pseudonymously, represents such efforts.

The heart of every true woman throbs with pride when she realizes that in this great drama which is being acted before the world, she can take a part. She is not required to sit listlessly and fold her hands, while the din of battle is heard far off: the war is here in our very midst! The deep booming of cannon and heavy roar of artillery, mingled with the dying groans and shrieks of our friends and brothers, can be heard almost at our door. Well may we work untiringly for our noble soldiers, when they are pouring out their blood like water to achieve our independence. They have gone forth on a holy mission–their object is, to wrest our bleeding liberties from the hands of ruthless invaders and trusting in the God of battles their arms will be successful, and they will return with the victor’s wreath in their brow. They have “drawn the sword for freedom,” and it will never be returned to its scabbard till our foes are forced to acknowledge our independence–till our Confederate flag shall float proudly from every southern port, and Dixie’s Land shall take her stand among the nations of the earth, in name as in deed.

Then, sisters of the South, since our brothers are so nobly doing their duty, let us act well our part in this momentous struggle for liberty; let us cheer the hearts of our brave boys by our patriotic endeavors to aid them in all our power–let us continue to ply the needle, and to send boxes of comfortable clothing to our soldiers, thus proving that we sympathize with them, that we appreciate their high-toned courage and that we are proud to claim them as brothers and friends….

This same day, U.S. President Abraham Lincoln writes Union Gen. John McClernand, who has voiced his opinion that the white citizens of the South look upon the week-old Emancipation Proclamation as an attempt to enslave or exterminate them. Lincoln defends his decision thus: “Still, to use a coarse, but an expressive figure, broken eggs can not be mended. I have issued the emancipation proclamation, and I can not retract it.”

McClernand is right: Southern whites are as committed to their freedom as they are to the enslavement of African blacks, believing that the former necessitates the latter. The Biblical Recorder commentary’s usage of the term “Dixie” when referring to the South has now been commonplace in Confederate literature since the early months of the war. The word is taken from a popular Southern song of the same name, alternatively known as as “I Wish I Was in Dixie” or “Dixie’s Land,” the authorship typically attributed to Daniel Decatur Emmett. The song debuted in the blackface minstrel shows of the 1850s, theatrical productions which reinforced racist attitudes about blacks, utilizing comedy to portray slaves as happily satisfied in their lives of servitude. “Dixie” tells the imaginary story of a freed slave who wistfully misses his life of bondage on his old Southern plantation.

Freedom, as such, is for whites only; it is not the desire, expectation or right of African slaves. The song and tune “Dixie” is commonly utilized in defense of the Southern culture of white supremacy in the Confederacy’s efforts to thwart the evil attempts of Northern abolitionists to subjugate Southern whites and free the region’s black slaves. For their part, Southern Baptist women are encouraged to lend their homemaker skills to help preserve the freedom of whites and the bondage of blacks.