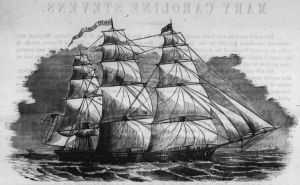 Less than a month after the enactment of his Emancipation Proclamation, U.S. President Abraham Lincoln yet struggles with the question of how to accommodate black freedmen in a white-centric nation. Seemingly contrary to actions already underway and designed to assimilate freedmen into American society, Lincoln maintains an interest in the work of the American Colonization Society.

Founded in 1816 and long supported by many Northern Baptists, the mission of the ACS is to settle free blacks in Liberia (which became an independent state in 1847) and other African colonies, and to assure the prosperity of the African colonies. Among ACS agents was John Mason Peck (1779-1858), a leading Baptist missionary of his time who was involved in mission work on a number of fronts. The Colonization Society, based on the premise that free blacks would be freer in Africa than America, has witnessed its influence decrease as abolitionist sentiment during the war has shifted to a focus on making room for freedmen in the United States.

The U.S. government for years has provided money to assist in the work of settling free blacks in Africa, of whose numbers are in tens of thousands. Prior to his election as president, Lincoln in 1854 had advocated the freeing of slaves in America and their exportation to Liberia, their “native land.” In 1862, President Lincoln, exploring the possibility of large scale colonization of freed slaves, extended diplomatic recognition to Liberia. But by October 1862, Lincoln, while still open to colonization, privately wonders “if they are willing to go,” tying his support of colonization on the condition that freedmen wish to be transplanted to Africa.

Despite his growing doubts of the practicality of colonization, Lincoln reaches out to Rev. Ralph R. Gurley, longtime secretary of the American Colonization Society. Gurley responds cautiously, concerned that any colonization efforts could come undone should the Confederacy win the war. Counseling a focus on free black residents of Washington, D.C., Gurley in the weeks following turns to prominent African American Baptist minister Chauncey Leonard, pastor of the Washington D.C.’s Nineteenth Street Baptist Church. Leonard is one of the most prominent black Baptist ministers in the entire North and a longtime proponent of colonization. As the conversations continue between the Lincoln administration and colonization advocates, momentum builds for the government to explore possibilities in Liberia in the wake of the Emancipation Proclamation.

Today, Lincoln meets with Leonard and another Colonization Society agent. As a result of this meeting, Lincoln authorizes the release of $200 from the government’s colonization fund:

Hon. Secretary of the Interior,

Rev. R.R. Gurley, Corresponding Secretary of the American Colonization Society, is authorized to draw two hundred dollars of the fund placed under my control for colonization purposes upon leaving his voucher for it, and afterwards accounting for the use he makes of it.

The funds provide for Leonard’s passage to Liberia on the brig Samuel Cook, departing for Monrovia the following week. Afterwards, Lincoln’s colonization commissioner James Mitchell secures funding to finance the sending of 160 persons to Liberia, and provides the names to Gurley. Support from some prominent black citizens of D.C. is also secured.

Nonetheless, Lincoln’s halting efforts for colonization during the winter months of 1863 prove too little, too late. African American sentiment in the North is already decidedly shifting away from colonizing Liberia (where black settlers yet remain under white jurisdiction), against the backdrop of the political reality of the inherent difficulty of resettling millions of freed slaves outside of the United States.

Ultimately, only one black family is settled in Liberia using federal subsidies as a result of today’s meeting with Chauncey Leonard, transported to Africa on the ship Mary Caroline Stevens. Although Lincoln pursues additional colonization prospects with other nations during the spring months, they soon come to naught.