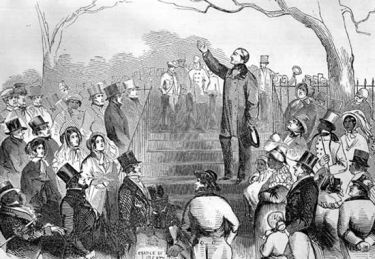 Who caused the war? A brief piece in this week’s North Carolina Baptist Biblical Recorder firmly pins the blame on Northern abolitionists.

It has been common, in some parts of the Confederacy, for the members of one political party to charge their opponents with having caused this war. A new aspirant for the honor is in the field. A speaker at the anniversary of the Northern anti-slavery Societies asserted that these Societies brought on the “rebellion.” We believe he is entitled to all that he claims, and we hope it will be granted him. In our opinion the abolitionists of the North and they alone are responsible for this war. Let them have all the shame and infamy due them.

Another concern expressed this week is a rumor that some Confederate soldiers are being forced to pay for the New Testaments and tracts provided by Baptist army colporters. Virginia Baptists’ Religious Herald newspaper denies that this is the case.

It has been reported in one neighborhood, by some soldiers from the army, that soldiers, even the poorest of them, have to pay for the Testaments and tracts carried to the camps by colporters. We are authorized, on behalf of the colporters employed by the Virginia Baptist Sunday School and Publication Board, to pronounce this statement utterly groundless. They have never sold tracts or Testaments–never, except in the extremely rare case in which soldiers have refused to receive them as gifts, and have insisted on paying for them.

Meanwhile, today Union troops land on Morris Island south of Charleston, South Carolina and begin a campaign to capture Battery Wagner, a large fortress built upon the beach sands. Union General Quincy Gillmore and his troops quickly secure most of the island. Next is the task of attacking the battery, which is some 30 feet high, 300 feet from north to south, and about 600 feet from east to west. The fortress houses 1,600 Confederate soldiers, 10 heavy cannons, and a mortar used for firing upon nearby ships. The attack begins on the morrow, but is repulsed. The Battle for Fort Wagner has begun, a campaign in which the African American 54th Massachusetts Regiment — comprised of many Baptists — will soon distinguish itself.