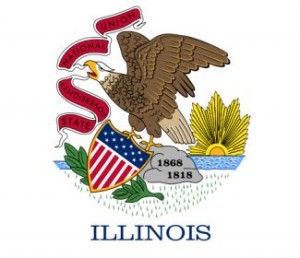 This month the state Baptist Association of Illinois convenes and, following the lead of other state Baptist groups of the North earlier this year, affirms as God’s will freedom for all humans and the righteousness of the war against Southern slavery.

In the midst of many dangers and reverses which have overtaken our arms during the past year, we yet have great reason for thankfulness, not only for important victories vouchsafed to us, but for a far juster conception, on the part of the masses of the people, of the great moral issues involved in the struggle. We bless God that he has taught us by the rod of disaster that there can be no peace until the claims of Him whose right it is to reign shall be recognized and obeyed.

We cordially support the administration in their efforts to put down the rebellion, and hail with joy the proclamation of emancipation, believing that when we as a nation shall “keep the fast which God hath chosen,” “that our light shall break forth as the morning, and our health shall spring forth speedily.”

We recognize human slavery now, as we have heretofore done, to be the cause of the war and its kindred evils, and we reiterate our convictions that there can be no peace and prosperity in the nation until it is destroyed.

We feel that the hope of our country in the suppression of treason in the revolted States, and in our midst, lies not merely in military successes or in military orders, but in the incorruptible virtue and the profound devotion of the people to the principles of the glorious gospel of the blessed God.

We deeply sympathize with our brethren who have gone to fight the battles of our country, with such as are sick and wounded in the hospitals, and with those who have been bereaved because their loved ones have been stricken by the hand of death while connected with the army. We pledge to our brave soldiers everywhere our sympathies, our prayers, and our utmost efforts that they may be sustained in all their troubles, and that they may be abundantly successful in the great task committed to their hands.

Source: B. F. Morris, Christian Life and Character of the Civil Institutions of the United States, Developed in the Official and Historical Annals of the Republic, Philadelphia, George W. Childs, 1864, pp. 754-755 (link)