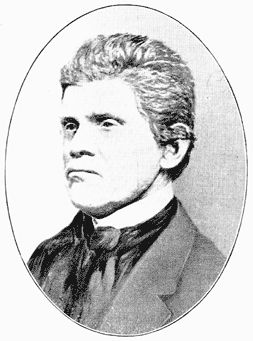 West Virginia is officially admitted into the Union as the 35th state of the United States. This land that formally constituted the western portion of Virginia has never been a stronghold for slavery. Residents, opposing secession in 1861, had on June 11 of that year nullified Virginia’s ordinance of secession and proclaimed their region as “The Restored Government of Virginia.” Although Confederate forces attempted to subdue the rebellious western territory, U.S. President Abraham Lincoln recognized West Virginia as a state in April 1863, effective today.

Among members of the First West Virginia legislature is Ephraim Bee, Seventh Day Baptist layman. Prior to the war, Bee served as church clerk of the Middle Island Seventh Day Baptist Church. In the early years of the war, Bee, then in his sixties and a businessman, served as a Captain of the Doddridge County Militia, protecting the area from marauding Confederate forces and outlaws.

Today in Wheeling, the Capitol of the new state of West Virginia, following a hotly-contested election season, Bee is chosen as a legislator from Doddridge County. After the war, he is re-elected in 1866 and 1867.

Twice-married and fathering seventeen children who lived to adulthood, Bee dies in 1888.