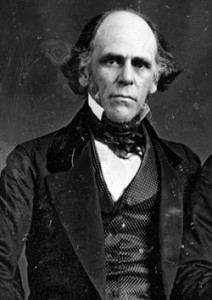 Beaufort, South Carolina is an epicenter of African life in the South, a story of which Baptists have played a central role.

During the years 1831-32 a great revival, characterized by evangelistic fervor, led many slaves to join the Baptist Church of Beaufort, a congregation founded in 1804. The slaves in Beaufort District were predominantly from West Africa. As was the case with many Baptist churches of the South during the antebellum era, worship services were both integrated and segregated: while assembled in the same building, the balcony was designated for blacks, and the main floor for whites.

The infusion of slave members during the revival sparked decades of rapid growth in the congregation’s black membership. By 1857, the church was comprised of 183 white members and 3557 black members (virtually all enslaved), reflecting the fact that over eight in ten Beaufort residents were enslaved. White members made certain to steer and monitor the activities of black members, both within and without the church house, while church discipline reinforced plantation discipline.

By some accounts, Beaufort District was the wealthiest county in the nation in 1860, on the eve of the Civil War. Beaufort wealth, owned by large-scale plantation owners, was acquired by vast numbers of slave laborers working immense fields of Sea Island Cotton, a superior type of cotton that commanded premium prices. The Baptist churches of Beaufort blessed this slave economy, and benefited in return.

And yet when the South Carolina militia fired upon Fort Sumter (some 50 miles south of Beaufort) on April 12, 1861, signaling the beginning of the Southern rebellion against the North, coastal South Carolina’s slave economy was soon endangered.

In November 7, 1861 a Union Naval fleet sailed into Port Royal Harbor near Beaufort and easily overpowered two Confederate forts guarding the harbor. African slaves called the historic day the “Big Gun Shoot.” The white population of the region fled in fear, while thousands of abandoned blacks immediately flocked to the Union army for protection and, hopefully, freedom. By February 1862 Union forces controlled 195 plantations where some 12,000 former slaves were living. Many, perhaps most, were Baptists.

In the intervening year plus, Northern missionaries and philanthropists have been helping educate black children and providing civic training for adults.

Beaufort’s white elites, now living in exile inland, are horrified at what has become of their former slave empire. Their anger is particularly addressed toward one man, a native son of Beaufort District who is now known by whites as “the most hated man in Beaufort.”

William Henry Brisbane, Baptist minister, former pro-slavery newspaper editor and formerly owner of over thirty enslaved persons, is the man upon whom white wrath is directed. In 1835, Brisbane had read Northern Baptist minister Francis Wayland’s scriptural arguments against slavery. Convicted, Brisbane gradually freed his slaves and edged toward abolitionism. Family and friends scorned him. No longer feeling welcomed in his hometown, in 1838 he moved from coastal South Carolina to Cincinnati. And then in 1840 in Cincinnati he delivered a public, stinging rebuke of slavery that was published in print form and widely disseminated.

Having betrayed his family heritage, the Southern ruling class, his fellow white Baptists of the South, and his hometown, Brisbane rarely dared to venture South. On one occasion that he did quietly visit family in Beaufort District, word of an approaching mob led to his quick departure.

But when the war broke out and the Port Royal Experiment in Beaufort took root and thrived, Brisbane was appointed by the U.S. government as chairman of the U.S. Direct Tax Commission for South Carolina, tasked with confiscating the plantations of estranged family and former friends and neighbors. Now, Brisbane is truly a hated man.

The war is far from over and the future not yet clear, but freedom is already a reality for tens of thousands of former slaves along coastal South Carolina. William Henry Brisbane, native son of Beaufort and former slaveowner, is helping advance the cause of freedom.