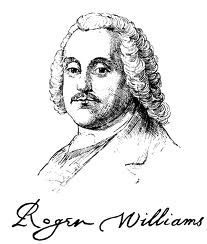 A commentary in today’s Richmond Enquirer declares that the Confederacy, unlike “the Yankee nation,” manifests “the complete absence of religious intolerance.” Northerners, the writer argues, persecute Catholics. This persecution has been evidenced by Northern invaders on Southern soil:

We have already seen that a Catholic Church in Florida was wrecked and ruined by regiments from Maine, which provoked a sanguinary fight between them and some Irish troops in the same command. More lately we learn, from the Mobile papers, that during the short occupation of Jackson by Grant’s army, the Catholic Church of that town was burned, while guards were set around the Baptist Church and the printing office of a Protestant religious newspaper.

Whereas, the writer continues,

…. in the States composing this Confederacy, we can proudly say, no church was ever injured; no priest ever insulted or beaten by a Protestant mob …. Religious intolerance is wholly abhorrent to the traditions and to the temperament of this people.

Left unsaid is the fact that the Irish Catholic unrest in New York City is due to the military draft, and that the Confederacy itself is supporting and fostering Northern religious unrest in hopes of creating enough internal friction to turn Northern citizens against the war. Also unspoken is the lack of religious tolerance extended to African slaves of the South, out of fear that religious freedom, including access to the Bible, will make slaves more likely to rise up against their masters.

While the rhetoric of religious tolerance is one matter, for Baptists of the North and citizens of Rhode Island in particular, “tolerance” is not enough. Indeed, religious liberty for all, arising from the freedom of individual conscience (again, a right not allowed African slaves of the Confederacy), is especially celebrated this very day in the state of Rhode Island.

Why today? The 29th of May marks the recognized anniversary of the arrival of colonial America’s first Baptist, Roger Williams in 1630, and Williams’ founding of the settlement of Providence Plantations (forerunner of the colony-now-state of Rhode Island) upon the principles of freedom of conscience and religious liberty for all, in 1636.

Williams “founded, in 1636, a small society in Rhode Island, upon the principles of entire liberty of conscience, and the uncontrolled powers of the majority in secular concerns ….. which we prize as a birthright.” The colony’s founder “asserted the intellectual liberty of man and the freedom of conscience” prior to Des Cartes, Vinton reminds his audience.

Thus, on this day dueling interpretations of liberty are voiced South and North. Both claim the mantle of religious freedom, and while both nations have entangled church and state in the present war and both spokespersons have valid points, the Rhode Islander’s claim is of more substance than that of the Southern writer.