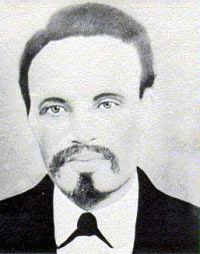 Following U.S. President Abraham Lincoln‘s Emancipation Proclamation of January , 1863, a group of approximately 75 enslaved blacks escaped from Boone County, Missouri and made their way northward. Many if not most were of the Baptist faith. Accounts indicate that the runaway slaves traveled part of the way by river and were rescued and towed to St. Paul, Minnesota by the steamboat “Northerner,” arriving in St. Paul on May 5. A second group of escaped slaves from Missouri reached St. Paul ten days later, having been assisted by Union soldiers and traveling via the Underground Railroad. The newcomers added to a fledgling black population that had numbered perhaps 300 prior to their arrival.

Safe in St. Paul, the runaways–referring to themselves as “pilgrims”–seek jobs, settling into a new life of freedom. The men soon find work as teamsters and laborers. Upon establishing homes in the downtown area, some families begin holding worship services in their homes. Soon, they look about for facilities to rent. This month, they acquire use of a room in the Concert Hall Building on Third Street. Immediately, the developing church appeals to the First Baptist Church of St. Paul to sponsor the gathered believers as a mission church, a designation which takes place in January, 1864 with assistance from the local Ladies’ Aid Society.

Among the freedmen is Robert Hickman, a former slave who, during his captivity, had learned to read and write and had served as a preacher among area slaves. He had then led the first group of escapees to St. Paul. Hickman is elected as leader of the group, from January 1864 through 1866 shepherding the mission congregation. Finally, on November 11, 1866 the Pilgrim Baptist Church is formally established, becoming the first black congregation in St. Paul and one of the earliest black congregations in the state of Minnesota. “The charter members of Pilgrim were the Rev. and Mrs. Hickman, Fielding Combs, Henry Moffitt, John Trotter, Giles Crenshaw, and members of their families.”

Hickman then steps aside as two white men pastor the Pilgrim congregation until 1877, during which time a lot is acquired and a meeting house constructed. In 1878 Hickman, by now licensed and ordained, officially assumes the role of pastor. Under Hickman’s pastoral leadership, which lasts until 1886, a new lot is secured and a new church building constructed. Hickman dies in 1900, the church he helped establish now secure and stable.

In the twentieth century the pastors and members of Pilgrim Baptist play a leading role in growing the city’s black community, as noted in a 2013 article celebrating the 150th anniversary of the congregation:

The church’s pastors and members were key builders of the Twin Cities black support system: local chapters of the National Association for the Advancement of Colored People (NAACP) in 1913, the National Urban League in 1923, and the Hallie Q. Brown Center in 1929, now known as the Martin Luther King Center.

In the 1950s, church leaders pushed for a public school in the community: today’s Maxfield Elementary. In the 1960s, when the Interstate 94 corridor plowed through the Rondo neighborhood, Pastor Floyd Massey Jr. and the congregation fought to preserve neighborhood connections, which resulted in a number of pedestrian bridges spanning the highway. In the ’70s, the church pushed for another school, today’s Benjamin E. Mays.

The church remains active to the present day.