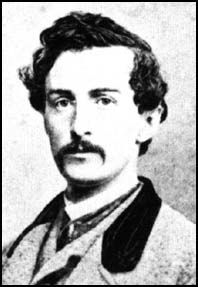 The editors of the Richmond Daily Dispatch today reprint a patriotic story from Charleston that recently took place in a Baptist church:

The Charleston Mercury, reporting the proceedings of the Baptist Association of that city, says:

A pleasant incident occurred, which it may be interesting to relate. In the collection taken up at the Baptist Church, for the benefit of the soldiers, a plain gold ring was found. It was afterwards proposed that the ring be purchased by subscription, the amount paid into the treasury, and the ring returned to the donor, who was supposed to be a poor widow. The plan was received with favor, and the subscription for the ring amounted to about $200. Thus was the self-denying act of a poor widow the means of contributing a large additional sum for the benefit of our soldiers.

The “Widow’s Mite” they call it, with approval. Stories of home front sacrifice on behalf of Confederate soldiers are a bright spot during the bleak times that have beset the South for some months now.

Meanwhile, U. S. President Abraham Lincoln tonight attends a play at Ford’s theater. Initially housed in the remodeled former meeting house of the First Baptist Church of Washington, the theater earlier this year had been rebuilt following the destruction of the original First Baptist building by fire.

Tonight’s play is “Marble Heart.” An actor by the name of John Wilkes Booth plays the romantic lead, Raphael.

Mary Clay, a friend of the Lincoln family, is sitting near the President and later recollects:

In the theater President and Mrs. Lincoln, Miss Sallie Clay and I, Mr. Nicolay and Mr. Hay, occupied the same box which the year after saw Mr. Lincoln slain by Booth. I do not recall the play, but Wilkes booth played the part of villain. The box was right on the stage, with a railing around it. Mr. Lincoln sat next to the rail, I next to Mrs. Lincoln, Miss Sallie Clay and the other gentlemen farther around. Twice Booth in uttering disagreeable threats in the play came very near and put his finger close to Mr. Lincoln’s face; when he came a third time I was impressed by it, and said, ‘Mr. Lincoln, he looks as if he meant that for you.’ ‘Well,’ he said, ‘he does look pretty sharp at me, doesn’t he?’ At the same theater, the next April, Wilkes Booth shot our dear President.

Lincoln is quite well aware of the widespread hatred that white Southerners have of him, many of whom have long, and spitefully, called him the “black president” for his abolitionist political sentiments. Lincoln cannot know, however, that the the actor almost in his face is a Confederate secret agent. Nor can he know that he is sitting in the very booth where his life will end a mere year-and-a-half hence.