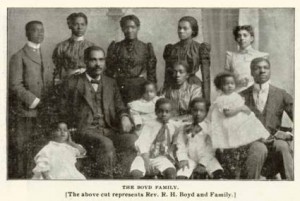 Retreating Confederate forces achieve success today in the Battle of Ringgold Gap, a minor clash that follows the just-concluded three day Chattanooga Campaign. The victory allows the Confederate Army of Tennessee to retreat safely through the mountain pass known as “Ringgold Gap.”

Confederate casualties number about 200, while the Union suffers some 500 casualties. Gen. Ulysses S. Grant arrives at the scene of battle late in the day. Surveying the disarray of Union forces, he calls off any further assault and pulls the federals back towards Chattanooga. Union Gen. Joseph Hooker suffers the defeat, which is of minor consequence as the rebels have been routed from the Chattanooga area and are now forced further southward.

In addition to the battlefield action, the Chattanooga Campaign encompasses many compelling personal stories. One such story is that of Richard Henry Boyd (1843-1922), a Mississippi-born former slave and future leader among African American Baptists who serves as a body servant to his Texas master (and his master’s three sons) during the Chattanooga Campaign. During the fighting, Boyd’s master and two eldest sons are killed. Afterwards, Boyd carries the surviving but wounded youngest son back to the Texas plantation.

Upon returning to Texas, Boyd is given responsibility for managing the plantation. Upon his emancipation at the end of the war, Boyd briefly works as a cowboy, teaches himself how to read and write, and enrolls in Bishop College in Marshall. Soon the former slave is ordained as a Baptist minister, and in 1870 leads in the formation of the first black Baptist association in Texas.

Discovering that no religious literature exists that speaks to the black experience, Boyd becomes a leader in a movement to publish black Christian literature. For the next quarter-century Boyd is a prominent religious leader among black Texans, establishing numerous churches and publishing literature for black Baptist Sunday Schools. He also serves as secretary and superintendent of missions of the Missionary Baptist General Convention in Texas.

Boyd’s vision of establishing a publishing house for black Baptists results in his moving to Nashville in 1896; the city is the headquarters of the black National Baptist Convention. The same year, National Baptists elect Boyd as secretary of home missions in the United States. The following year Boyd establishes the National Baptist Publishing Board. Under his leadership, the Board becomes the main publishing house for religious literature for black Baptists in America. In 1905, Boyd serves as a delegate to the first gathering of the Baptist World Alliance, held in London.

In addition to his leadership in Baptist life, the enterprising Baptist also establishes several other successful businesses in Nashville, becoming one of the city’s leading businessman. The National Negro Business League makes Boyd a member for life. 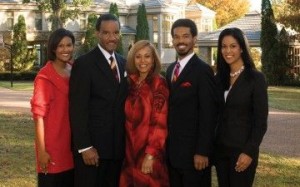 Richard and Hattie Moore Boyd are the parents of nine children. Upon Richard’s death in Nashville in 1922, some 6,000 persons attend his public funeral service in the Ryman Auditorium.

In the years following, several of the Boyd children become notable successes in their own right, with Dr. Henry Allen Boyd assuming control of his father’s enterprises and becoming a co-founder of Tennessee State University.

Presently, Boyd’s descendants are among the leading black Baptists of America, owners of R.H. Boyd Publishing Corporation in Nashville (continuing the family publishing business started in the 1890s), and are a prominent Nashville family, named in 2012 by the black magazine Ebony as the third “Coolest Black Family in America.”