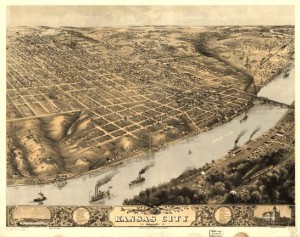 Union Gen. William S. Rosecrans and his army are penned up in Chattanooga. Confederate Gen. Braxton’s Bragg’s forces control most routes in and out of the city; Union supplies have difficulty reaching Chattanooga. To make matters worse, today Confederate Major Gen. Joseph Wheeler and his men intercept a Union supply train, overpowering the guards. Confederate soldiers pillage the whiskey and other goods.

Unbeknown to Bragg, Union Gen. Joseph Hooker, leading some 20,000 federal troops of the 11th and 12th Corps of the Army of the Potomac, are drawing near following a 1200 mile journey. With Hooker’s arrival, Union fortunes will begin changing for the better.

Meanwhile, in Kansas City, Missouri a mission to freed blacks in “Stragglers Camp”–located on the south bank of the Missouri River–evolves into a church this month. Two-thirds of the blacks in the settlement form the Second Baptist Church of Kansas City, the first black Baptist congregation in the city. Rev. Clark Moore is elected as pastor.

During the war, the congregation meets in borrowed or rented space, joyous to be freely worshiping God as their conscience so leads. Following the close of the war, Rev. Joseph Strother is elected as the congregation’s second pastor, and the church’s first building is constructed. The church yet exists to the present.