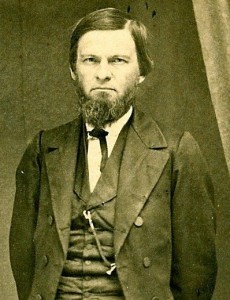 Today Broadus makes note of spiritual developments in the army, providing a glimpse into the intricacies of the revival atmosphere that increasingly impacts the life of many Confederate soldiers.

Thursday afternoon, by arrangement made at Gordonsville, went to (Lt Col. Hillary) Jones’ battalion, and preached. Charley [Sinclair] looks very cheerful, and, as is meet, a little stuck up at being a man and a soldier. Col. Jones, who has recently become a communicant, assured me that a better company for a lad to enter could not be found than Camngton’s, and I took it on me to solicit in Charley’s behalf the friendly notice of Capt. Carrington himself. . .

Yesterday morning I went to Blue Run and preached to Col. (John Thompson) Brown’s Battery. Much interest there. Dr. J. R. Bagby, our former student, has been holding prayer meetings, and several have professed conversion. Many wept during the sermon, and not at allusions to home, but to their sins, and God’s great mercy. . . Gilmer is dreadfully opposed to inviting men forward to prayer, etc., though Lacy, Hoge, and most of the Presbyterians, do it just like the rest of us …

Southern Baptist Theological Seminary reopens after the war and Broadus returns to teaching duties. In 1889 he is appointed as the second president of the seminary, serving for six years.