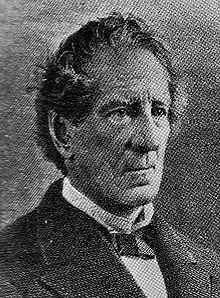 Although the war yet rages, reconstruction of the South is well underway. The Lincoln administration is soliciting oaths from citizens of the rebellious states prior to re-admitting a given state back into the Union. Much to the relief of the president, the response to his good faith overtures is being well-received in portions of the Confederacy.

In the midst of reconstruction efforts, the loyalty of southern-born border state residents is sometimes called into question. Dr. Richard Fuller, southern-born resident of Baltimore and immediate past president of the Southern Baptist Convention, is naturally viewed with suspicion by some Northerners. Although conflicted, in a letter to the New York Examiner, a Northern Baptist publication, he does not hesitate to publicly state his loyalty to the United States. At the same time, his heart remains with the South.

A statement of Fuller’s true feelings, as published in the Examiner, is now in circulation in the Southern Baptist press.

But born and raised at the South; all my early, noble, honored religious associates at the South; every human being (except my immediate household,) in whose veins is a single drop of my blood, at the South, and they and their children enduring every privation and sore distress-why he is not a man who could regard me as anything but a monster, if my nature and tenderest sympathies did not yearn over them in their tribulations and sorrows. A member of the Cabinet said to me, not very long since, ‘Dr. Fuller, no body can blame you for your natural, deep sympathy with your family and friends at the South.’ I should think not. While a pulse beats in my body, those old familiar brothers and companions in the gospel will be dear to my soul; and cheerfully would I lay down my life, if I could allay the sufferings of my own flesh and blood. He who believes that duty to Government requires us not to love those allied to us, dishonors that Government, and insults the most sacred ties which God and nature have hallowed.