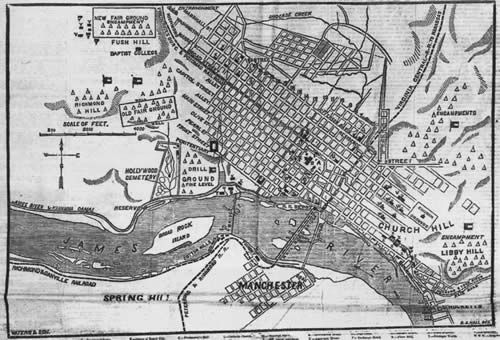 The Union and Confederate armies are by now in full preparation for the looming spring campaigns. While the federal Red River Campaign in Louisiana has become bogged down and Confederates have manged to regain control of Plymouth, North Carolina, Union forces, largely victorious on the battlefield since July of the year prior, clearly remain on the offensive. The Confederates, fielding a shrinking force due to desertions and the limited number of white males within the Confederacy, are forced to depend heavily on military intelligence and strategic superiority in their attempts to hold back the abolitionist foe from their steady advance southward. The coming weeks will test the resolve of the beleaguered defenders of the South.

Today Confederate General Robert E. Lee relays to President Jefferson Davis an intelligence report on the recent movements of Union forces through Washington, D.C. to the soil of Virginia.

Mr. PRESIDENT: I received this morning a report from a scout just from the vicinity of Washington that General Burnside, with 23,000 men, 7,000 of which are negroes, marched through that city on Monday last to Alexandria. He also states that the Eleventh and Twelfth Corps have not been sent to Virginia. This report was forwarded by General Fitz. Lee from Fredericksburg, and I presume the scout to the Stringfellow. If so, he has good grounds for his assertion. If true, I think it shows that Burnside’s destination is the Rappahannock frontier, and that he will have to be met north of the James River. I would therefore recommend that the troops which you design to oppose him, which are south of that river, be drawn toward it. I think there are sufficient troops in North Carolina for the local operations contemplated there without those sent from this army, and request that Hoke’s brigade and the two regiments attached to it be returned to me. I think it better to keep the organization of the corps complete, and, if necessary, to detach a corps than to weaken them and break them up. I have kept Longstreet in reserve for such an emergency, and shall be too weak to oppose Meade’s army without Hoke’s and R. D. Johnston’s brigades. The enemy yesterday made a demonstration on our left with two brigades of cavalry. The supporting force could not be accurately ascertained. He advanced no farther than Robertson River, sending about a regiment of cavalry into Madison Court-House, and retired at night.

With great respect, your obedient servant,

Union-controlled Alexandria is only about one hundred miles north of Richmond, and some Union troops are closer to Richmond than Burnside’s forces. The constant, growing threat to the Confederate capital, however, does not paralyze the city. Having by now lived for nearly three years with the ever-present prospects of invasion, Richmond’s white citizens, at least those with means, make it a point to live as normally as possible.

Accordingly, the city’s white Baptist churches carry on as usual while incorporating additional programming to assist in the support of Confederate soldiers and the relief of the rural, impoverished plain white folk who have settled in the city as refugees.

On Monday evening last a Concert of Prayer for the Sunday Schools of the Baptist churches of this city and Manchester was held at the Grace street Baptist church. The aggregate attendance of officers and teachers at the various schools during the past month was one hundred and fifty eight, and during the same time nine hundred and fifty scholars were present, a considerable increase over the month preceding. During the exercises of the evening several interesting addresses were delivered.

At the same time, a concert today at Richmond’s Second Baptist Church is indicative of the new normalcy at the intersection of urban Baptist life and external war pressures. 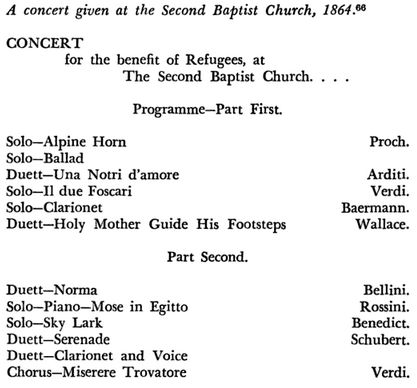 Richmond’s entanglement of religion, society and war is perhaps unparalleled in any other Confederate city. Leading citizens are determined, as much as possible, to hold the nearness of war at arm’s length. Yet while white residents want to believe that a glorious new era is near for their Southern nation, darkness lurks underneath the surface gaiety.

The reality is that the future is anything but certain.