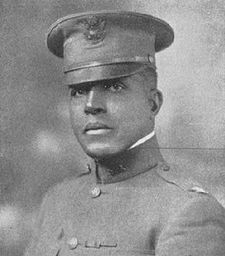 As has typically been the case in the history of the American South to the this point, slave marriages are rarely recognized as legitimate by masters, courts or churches. Yet some exceptions do exist, at least in part, as is evidenced by a marriage ceremony that takes place this day at the May’s Lick Baptist Church in Kentucky’s Mason County.

Gabriel Young, born approximately 1838, has been a slave his entire life, having been sold several times, including for $100 at age five in 1843. Sometime prior to 1855, Gabriel joined the May’s Lick Baptist Church, of which his then-owner William Kemper was also a member. The arrangement of slaves joining the church of their masters was typical for the South; slaves needed the permission of their masters to join a church, and often masters forced, or otherwise coerced, their slaves into joining the master’s congregation. In many instances, slaves outnumbered white church members in a given congregation.

Some 175 black members of the May’s Lick formed the Second Baptist Church in 1855, including Gabriel. Today Young and Arminta Bruen are married by Rev. John Markam, pastor of the Second Baptist Church, at the Willet planation home. James Willet, the owner of Bruen, presents the marriage license to the minister and, according to family history, declares: “Now Mint you no longer belong to me, but to Gabe.”

As Gabriel is yet a slave, the marriage, while recognized by at least his spouse’s master and seemingly his church (and the white May’s Lick Baptist Church), is not recognized by the state. In all likelihood, the couple had previously taken unofficial, informal marriage vows in a ceremony commonly known as “Jumping the broom.” By the time of their more-official marriage today, the couple already have a son, born on March 12 and named Charles.

Gabriel Young’s days as a slave, however, are drawing to an end. By 1865 he is a free man, his family having found refuge across the Ohio River in Ohio. He joins the Union Army as the Civil War is drawing to a close, and upon the conclusion of the war celebrates the freedom that comes to family and friends alike.

With freedom comes formal access to many civil institutions, such as marriage, that most slaves had not previously been allowed. While born as in infant into slavery, Charles’ only memories are as a free man. He enrolls at West Point as a young man, becoming the third black graduate of the institution.  As an adult, he remains a Baptist, one of many former slaves who finds within the black Baptist family a community that is spiritual as well as socially and economically uplifting in the post-war decades.

Fostered by his Baptist community, Charles Young becomes one of the most prominent African Americans in the late nineteenth and early twentieth centuries. Following graduation from West Point, in 1894 as a lieutenant he is assigned to Wilberforce College in Ohio, a black institution of higher education, serving as a professor for four years and becoming friends with W. E. B. DuBois.

Until his death on January 8, 1922, Charles Young is the highest-ranking black officer in the United States Army.