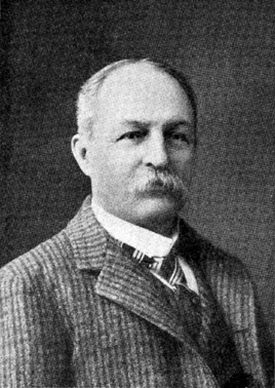 The Battle of Cold Harbor is over, a battle in which Confederate General Robert E. Lee‘s Army of Northern Virginia soundly defeats Union General Ulysses S. Grant’s the Army of the Potomac. Union casualties and losses total nearly 13,000, to the Confederates 5,300. Yet Grant, backed by a steady stream of new recruits entering Union ranks, can afford the losses, while Lee cannot.

For Lee, Cold Harbor proves to be his last victory. But the Confederate general, knowing not the future, remains focused on keeping Grant’s army away from Richmond. The Army of the Potomac is today largely on the move south of the James River. Lee does not yet realize that Grant has changed his immediate objective. Rather than continuing to drive straight for the Confederate capital, the Union General has decided to attack Petersburg in an effort to choke off supplies to Richmond. A new phase of the war is about to begin.

Meanwhile, an up-and-coming young Baptist graduates today from the West Point Military Academy and, upon graduation, begins his service in the Union Army as Second Lieutenant in the 69th New York Volunteers Artillery. Isaac W. Mcclay serves his country well, fighting in uniform for the end of black slavery, a goal many of his fellow Northern (American) Baptists on the home front have long sought.

McClay’s brush with fame as an officer takes place in Ford’s Theater on the night of President Abraham Lincoln‘s assassination. Witnessing the shooting of Lincoln that fateful night of April 15, 1865, Mcclay is one of several military officers who help move the injured Lincoln to a nearby bedroom, after which Mcclay finds Dr. Todd, the Lincoln’s family physician, then is assigned guard duty at the residence of Edwin Stanton, Secretary of War.

Surviving the war, Mcclay, the 2042nd graduate of West Point, becomes a successful businessman, notable benefactor of historical organizations, ardent supporter of the preservation of America’s wilderness, and a prominent American Baptist, as his obituary in 1908 notes.

Mr. Maclay was born in New York City, in 1841, and was educated at the New York University and the West Point Military Academy, being graduated from the University in 1860, and from the Military Academy in 1864, with the rank of Second Lieutenant. He was made Instructor of Artillery to the Sixty-ninth New York Volunteers at Fort Wadsworth, holding this position until September 17th, 1864, when he was transferred to the Ordnance Corps of the United States Army at the Washington Arsenal, filling this position from October 3rd, 1864, to August 28th, 1866.

He performed service at the Watertown Arsenal, in Watertown, Mass.; was First Lieutenant of the Ordnance Corps of the United States Army, and Assistant Superintendent of the Springfield Armory, in Springfield, Mass. He was Chief Ordnance Officer of the Department of the Platte, on the staff of Major General C. C. Auger, and Assistant Ordnance Officer of the Watervliet Arsenal, in West Troy, N. Y.

He was a member of the Board appointed to appraise the value of the arsenals at Rome, N. Y., Vergennes, Vt., and Fayetteville, N. C. He was then appointed to a position at the Rock Island Arsenal, Rock Island, Ill.; but after a very short time he retired from active military service, and was appointed Assistant Topographical Engineer of the Department of Parks, New York City.

He was the engineer in charge of the surveying and laying out and monumenting of the streets, roads and avenues north of 155th street, on Manhattan Island, and also in the 24th and 25th wards after their annexation to that city. He resigned from that position to accept the appointment of Chief Engineer of the Long Island Railroad.

In 1867 he established the firm of Maclay & Davies, in connection with William With. cavies, which firm subsequently engaged in the real estate business, and in which he continued until his death.

The Major’s real estate firm built the first of the iron piers erected at Long Branch and Rockaway.

He was elected a trustee of the University of Chicago, June 26, 1900, and re‑elected in 1902. He was one of the incorporators and charter members of the New York Zoological Society, of the Maryland Society of New York, and of the Underwriters’ Club.

On the night of the assassination of President Lincoln, at Ford’s Theater, in Washington, by J. Wilkes Booth, Major Maclay, with two other officers of the Washington Arsenal, attended the theater, and after the shooting he, his fellow officers, a young Mr. Rathbone and several citizens round the President to peterson House, and placed him on a bed in a rear room. This house is now known as the Lincoln Museum. Then Mr. Maclay went for Dr. Todd, the President’s family physician, after which he was detailed to guard the residence of the Secretary of War, Mr. Stanton. Major Maclay and Mrs. Maclay visited, on Good Friday last, the scene of the tragedy, for the first time since the shooting.

Although he had been suffering for about 20 months, the end came suddenly, yet peacefully. He was surrounded by his family.

He is survived by his wife and five children — Mrs. Charles Ward Hall, Miss Agnes C. Maclay, Miss Laura G. Maclay, William F. H. Maclay and Archibald Maclay. His wife was Laura Havemeyer, daughter of William Frederick Havemeyer, who was thrice Mayor of New York City. John C. Havemeyer is her brother. The family have resided in Yonkers for about 25 years.