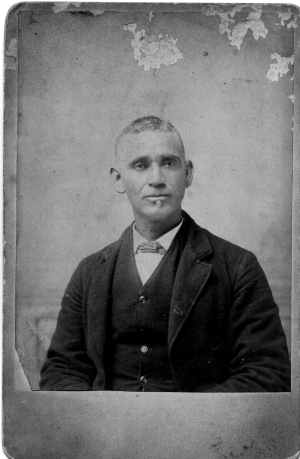 With the war over and white citizens no longer the masters of blacks, in addition to having lost much of their other property during the war, retaliation against now-free blacks is a daily, and often violet and depraved, occurrence.

Reports of white men imprisoning and sexually abusing black females are now common occurrences in Richmond. While the raping of black women during slavery was part of the brutality of daily life on many plantations, freedmen had hoped to have escaped such abuse following the war.

All too often in Richmond, Federal oversight is intentionally lax enough as to allow crimes against blacks to proceed almost unhindered, the pleas and cries of the victims falling upon deaf ears.

Many Baptists are among those brutalized this day, and the days to come, in Richmond.

Meanwhile, some free blacks are treated better in the former Confederacy.

James M. Walden (1842-1908) was born into “a long-established free black family” in Northampton County, North Carolina. On January 1, 1864 Walden enlisted in the 2nd U.S. Colored Cavalry and was soon promoted to corporal. A carpenter by trade, for most of his army service he served in the Ambulance Corps.

Today Walden is promoted to sergeant. Remaining in the army until 1866, he returns to Northampton County afterwards. Marrying and raising a family, the Waldens worship at Pleasant Plains Baptist Church and help co-found the Waters Training School (now the C.S. Brown High School) in Winton, North Carolina.

Sources: Elsa Barkley Brown, “Negotiating and Transforming the Public Sphere: African American Political Life in the Transition from Slavery to Freedom,” in Public Culture 1994, 7: 107-146 (link): “James Walden,” Under Both Flags: Civil War in the Albemarle, including image (link)