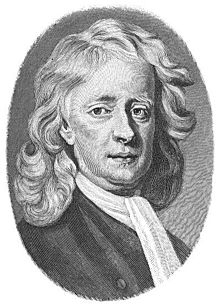 The Civil War years were a time of innovation made necessary by a great conflict the likes of which the nation had never before experienced.

In the world of weaponry, rifling and firearm advances led to the introduction of the Gatling gun. Used by the Union in the siege of Petersburg in late 1864 and early 1865, the machine is comprised of multiple barrels revolving or rotating around a central axis, allowing for rapid fire of a large number of bullets. The Gatling, while far more powerful than any other rifle in the field, was produced in only limited quantities in the final months of the war.

Had the war lasted much longer, the Gatling would most likely have been employed much more widely, with widespread and deadly effectiveness, against remaining Confederate armies. Instead, in the post war years the rotating machine gun is deployed quite effectively against American Indians on the Western frontier.

In addition to technological advances in medicine and weapons, a number of scientific advances also take place during the war years, including in matters practical (including locomotion) and theoretical. Of the latter, the Baptist pastor of the Martindale Baptist Church in New York is convinced that he has made a great discovery.

Scientific American is a fairly new journal that chronicles progress in the broad world of science. Today’s issue features a brief note about Isaac Loomis, the Baptist pastor from New York.

MESSRS, EDITORS: — It may please you to print the following item of news for the benefit of your readers. I have discovered the origin of gravitation.

[This is the same gentlemen who made the discovery that Sir Isaac Newton made a mistake in regard to the precession of the equinoxes. — EDS.]

Loomis has been touting his theory of the origin of “gravitation” for several years by now, and continues to do for at least several more years. Unable to prove his theory, however, Loomis remains a bit of a crackpot on the fringes of science.