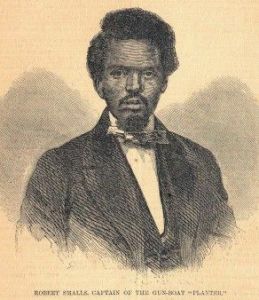 The month of March is approaching. His army weakened by the harsh winter, insufficient food supplies and ongoing desertions, Confederate General Robert E. Lee is worried.

Charged with preventing the Federals from reaching the Confederate capital of Richmond, he recently denied the request of Texas Governor Pendelton Murrah to allow the “Texas Brigade” a leave of absence to recuperate. Today, Confederate President Jefferson Davis conveys Lee’s message to the Texas governor.

“I should be much gratified to comply with the request of Governor Murrah could I do so consistently with the interests of the service,” Lee’s letter to Davis notes. “But small as the Texas Brigade is, it cannot be spared now. It contains some of the best troops in the army and its loss would be severely felt[.] The campaign is just opening, and our need of men is so great that even a smaller number than the Texas Brigade could not be spared.”

All soldiers are desperately needed, and even then it may not be enough to save Richmond.

Giving no indication of the seriousness of the danger at their gates, the Richmond Daily Dispatch addresses, with defiance, the recent fall of Charleston and the attendant jubilation in the North.

The intense glorification of the enemy over the evacuation of Charleston is what every one expected. How many tons of powder they have expended in salutes, how many church bells they have cracked, how many somersets they have executed, we have no opportunity of ascertaining. The hot-bed of the rebellion in their hands, the original nest of vipers crushed, the impregnable Sumter fallen! All these, in staring capitals, we had seen in the mind’s eye before they appeared in Federal journals, and are by this time accustomed to the contemplation. We can therefore endure with philosophy the extravagant jubilations of the Northern newspapers. Nor are we without sources of consolation and pride. Sebastopol became immortal by holding out eleven months against the combined powers of England and France. Charleston held out four years, and fell, at last, not by the superior strength of the enemy, but because our own military blunders permitted him to make strategic combinations which rendered the evacuation of Charleston inevitable.
The defenders of Charleston have lost all but honor. Sumter, in its grim ruins, is a monument of Southern valor and endurance, which may well challenge the admiration of mankind and of posterity. The spirit that once tenanted those crumbling walls has made every fragment of them a sacred and precious thing.–That spirit still survives, and will create a new Thermopylaeæ at every spot where Freedom unfurls its flag and bids defiance to the oppressor. Sumter will live in history and in song, and so, indeed, will a thousand other battle-grounds where the lofty courage and inextinguishable endurance of this great people have wrestled with a gigantic foe. Not Greece, it its noblest exhibitions of heroism and fortitude, surpassed this glorious Southern people. General Sherman might well say that there is no disgrace in being overcome by such odds as have been brought to bear against the feeble means of resistance in his front. Nor could that resistance have been overcome, if the little army which faced his overwhelming numbers had been always guided by a skill equal to its valor. The world will proclaim that the rank and file of the South have, with rare exceptions, done their duty, and found themselves the Romans of the age.

A former slaver, Smalls may now well be the most famous freedman in the United States. Having made a spectacular escape from slavery by commandeering a Confederate steamer and sailing it to safety behind Union lines almost three years earlier, Smalls returns to his home town as a hero to the tens of thousands of slaves-turned-freedmen living in the Charleston area.

For the duration of the war, Smalls ferries men and supplies from the harbor to Charleston, a city where freedom now reigns.