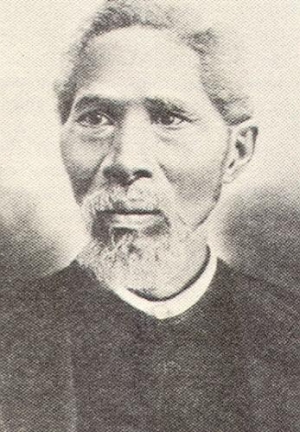 It is two-and-one-half years after U.S. President Abraham Lincoln issued the Emancipation Proclamation, and two months after the war came to an effective end. And on this day, in the far reaches of the old Confederacy, Union Major General Gordon Granger arrives in Galveston, Texas bearing startling news for black persons living in Texas: you are free, is his message.

Granger’s pronouncement begins thus: “The people of Texas are informed that in accordance with a Proclamation from the Executive of the United States, all slaves are free. This involves an absolute equality of rights and rights of property between former masters and slaves, and the connection heretofore existing between them becomes that between employer and free laborer.”

Due to the intransigence of white Texans, blacks in the state had not been informed that they had been legally freed long ago, or that the United States had defeated the Confederacy months prior.

Even so, only a few of the 250,000 black persons yet being held in slavery hear the news this day. In the days and weeks ahead, the good tidings spread slowly, progress of the news hindered by plantation owners who wish to keep their slaves in the dark.

Among those freed this day is Virginia-native John Henry “Jack” Yates (1828-1897), his wife, Harriet, and their eleven children. Born into slavery, Yates was one of few slaves who learned to read and write, in addition to acquiring carpentry skills.

Following Emancipation, the Yates family moves to Houston, where John Henry becomes a drayman and a Baptist preacher, ministering to freedpersons moving into the area. In January, 1866 Yates becomes the founding pastor of the Antioch Missionary Baptist Church, the first black Baptist church organized in Houston.

Committed to the education of freedpersons, Yates and his congregation allow the Freedmen’s Bureau to use their building as a school site. Yates also assists in the founding of the first black Baptist college in Texas, Bishop Academy, in 1881 in Marshall. The institution focuses on preparing students for lives of employment, with a focus on trades, business and ministry. Following more than a century of training black students, Bishop College closes its doors in 1988.