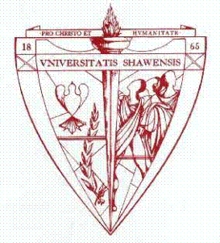 The American Baptist Home Mission Society appoints Rev. H. M. Tupper as a missionary in the South, “leaving the particular field to be determined.”

That field turns out to be Raleigh, North Carolina. Tupper and the mission society had earlier discussed the prospects in Raleigh.

In so discussing, Tupper made clear his “desire to labor for the colored people of the South as a preacher, missionary, and perhaps to some extent, as an instructor.” He also strongly supported “raising up and educating a colored ministry.”

Arriving in Raleigh on October 10, two days afterward Tupper writes: “I have already taken a survey of the field. There is plenty of work and plenty of obstacles; but I shall begin cautiously, and with God’s blessing, hope to be successful.”

Thus begins Tupper’s efforts to educate freedmen for the ministry. On December 1st he establishes the Raleigh Institute, gathering his first class of students. “I have formed a class for the benefit of colored ministers,” he writes on December 11. “I think I shall have a class of about six or seven, all of them are men over forty years of age. I meet with them five times a week and spend an hour and a half each time.”