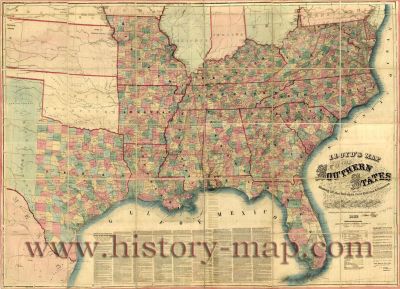 With the war officially over, hundreds of Confederate soldiers are paroled daily, effectively forgiven for their involvement in the rebellion against the United States and permitted to go home.

Among Baptist soldiers paroled this day are F. W. Eason of South Carolina and James Harris of Georgia.

Eason, baptized in 1858 by the venerable Basil Manly, Sr., volunteered for army service in 1861 and served under General Joseph E. Johnston. He is paroled today in High Point, North Carolina. Working as a merchant in the next few years, in 1867 Eason is ordained to the ministry. Following seven years of pastoring in Darlington, South Carolina, Eason enrolls in the Southern Baptist Theological Seminary in Greenville. Upon graduation, he returns to the ministry, pastoring churches in North Carolina.

Harris, of Clinch County, Georgia, enrolled in early 1863 in the 4th Georgia Cavalry, spending his time in uniform in Florida, South Carolina and Georgia, including fighting in several battles in the Atlanta area. Today the Primitive Baptist layman is paroled at Tallahassee, Florida. In the years following, Harris marries and supports his family by farming, blacksmithing and wheelwrighting in south Georgia.

The collective stories of F. W. Eason and James Harris are representative of many Baptist veterans of the Confederate Army who either serve as ministers or laypersons following the war.