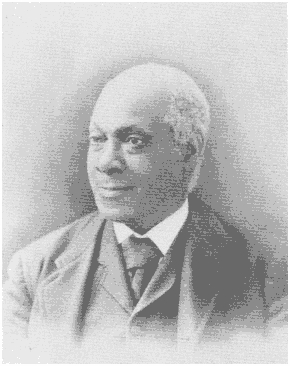 The victory of the United States over the Confederacy and subsequent emancipation of remaining slaves in the South has brought an end to decades-old Southern laws mandating the supervision of black churches by whites.

Freed from such constraints, the African American Ebenezer Baptist Church in Richmond installs Rev. Peter Randolph (1825-1897) as the congregation’s first black pastor. Randolph in turn leads the church to wholly embrace something else denied by law to blacks for generations: education. In 1866 the church founds a public school for black children in the city. Other educational initiatives later follow as the church establishes the Hartshorn Memorial College for Women in 1883 and assists in the founding of the Young Men’s Christian Association in Richmond in 1887.

Randolph is a popular speaker in the North in the decades following the war.

The Ebenezer Baptist Church of Richmond remains a vibrant congregation in Richmond of the 21st century.

Some 100 miles northward, the sanctuary of the First Baptist Church of Alexandria, Virginia, used as a Union hospital since June 1862, is today returned to church members. A half-century hence the United States government reimbursements the congregation some $3,900 for rent and damages incurred to the building during the war.