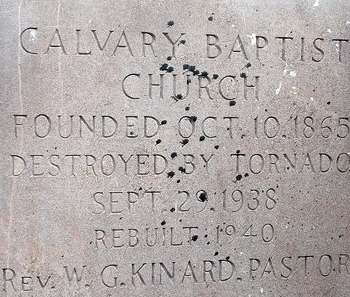 During the war, Charleston’s black Baptists were forced to worship in white congregations, where they sat in segregated seating in balconies.

Black Baptists of Charleston and surrounding areas are numerous, outnumbering white Baptists. A number of African American Baptist congregations are founded outside of the Charleston city limits in the months and years following the war. More colored Baptist associations in South Carolina are formed in the decades following, while many black churches, including the Calvary Baptist Church, construct church buildings.

The Calvary Baptist Church remains active to the present day.