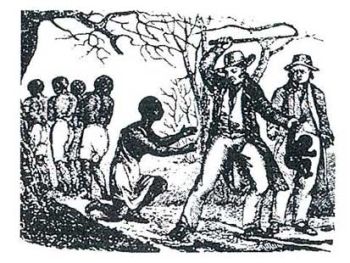 This week the editor of the Virginia Baptist Religious Herald takes objection to Baptist newspapers in the North criticizing as “slander” an editorial he recently wrote.

“The point I made was simply this: that fearful outrages had been perpetrated on the people of the South that were not justified nor warranted by the recognized laws of civilized nations on the conduct of war; that the Northern press and pulpit ‘approved, or at least never openly condemned these terrible outrages; and that Southern Christians could not quite yet bury all memories of the ruthless spirit in which such barbarities were chronicled in the religious press, and approved and exulted over in the pulpits of the North.”

The reference to “people of the South” alludes to whites only. The author never criticized the evil and barbarism of slavery, nor has he offered remorse for it after the war.

“I could not — and I would not if I could — write a catalogue of the horrors and woes endured by the Southern people, outside of the operations of civilized warfare,” the indignant editor declares.

But what of the “horrors and woes” that “the Southern people” carried out for generations in enslaving black persons? Do white Southerners expect freedmen to ever forget the great and vast evils that white Christians committed against them?