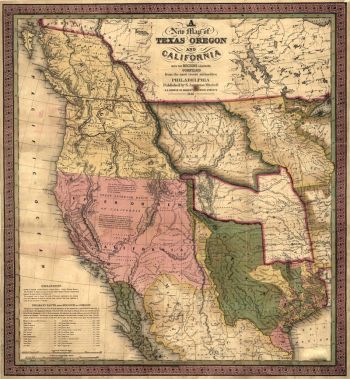 The California State Convention of the Colored Citizens meets this day in Sacramento. Many Baptists are present. The convention’s president, Frederick G. Barbadoes, opens the day’s proceedings with these words:

“For the fourth time the colored citizens of this State are assembled in Convention for the purpose of obtaining JUSTICE, and the consideration of subjects tending to our general elevation. The principal object which created the preceding conventions, was the admission of our testimony in the courts of justice in this State. This has been happily accomplished by our untiring efforts, and the generous and noble co-operation of the friends of justice in the Legislature. After a struggle of eight years, and in January, in the year of 1863, the statutes of California were cleansed from that foul blot which had entirely obliterated from their face Equity and Justice. The principal objects of this Convention is to devise ways and means for the obtaining of that right, which, under the Constitution of the United States, is guaranteed to all her citizens, namely, the right of the elective franchise. This question is the important one of the day–not only to those of our race here and elsewhere–not only to this State, but it concerns, and directly affects the safety and prosperity of the American Government….”

Meanwhile, the (white) South Baptist Church in Belvidere, Illinois (later Calvary Baptist Church) is established today, one of many Northern (American) Baptist congregations formed during the year. In 1867 the congregation constructs their first building, at a cost of $19,000. The church remains an active congregation to the present day.