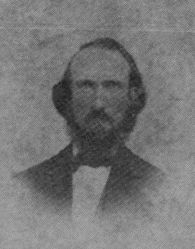 By the time of the Civil War, Georgia’s Christian Index state Baptist newspaper had existed for almost four decades. Headquartered in Macon, and arguably the most influential state Baptist paper in the nation, from 1860-1865 the Index was owned and edited by Samuel Boykin, the son of a well-to-do physician-planter.

Boykin was one of relatively few Baptists in the South of the early 1860s who were wealthy, as Baptists remained largely a rural, lower class denomination. He brought to the Index the perspective of a privileged white gentlemen who became wealthy from the labor of black slaves. His views were similar to other prominent – whether by wealth or position or both – Baptists in the state who aligned themselves solidly with the Confederacy and the institution of black slavery. Following his years as owner and editor of the Index, Boykin continued his career as a writer.

The Index, under Boykin, covered the war extensively. In addition to reprinting war news from other papers (both religious and secular), the Index routinely featured editorials, commentary and reporting from many Baptists throughout Georgia (typically ministers, missionaries, or key lay leaders). In some cases, stories were signed with a name, but often they were not.

The pages of the Index, accordingly, follow the trajectory of the war. In addition to reporting on the details of battles and campaigns and strategies, the paper’s pages exude the emotional ups and downs that accompanied what became a bloody, long, drawn-out conflict.