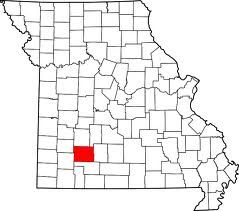 In the state of Missouri, loyalties are divided. While the state remains with the Union during the war, some citizens fight for the Confederacy. Baptists comprise some of the older and more prominent families in Greene County during the war years. Some Baptist men fight for the South, and others for the North. But not all prominent Baptists of the county are men.

John A. Blanchard, a Baptist whose parents settled Missouri in 1819, enlists with the Missouri State Guards and fights for the Confederacy, serving one enlistment term before catching typhoid fever and mustering out of the army. Surviving the war years, he returns home, raises a family, and serves as justice of the peace. He is also a Mason, serves as a deacon and clerk in the Baptist church, and prospers as a farmer in the post-Civil War years.

James K. Gray, born in 1827, is a Baptist layman who fights for the Union in Captain Redferan’s militia. Like Blanchard, Gray becomes a prosperous farmer following the war. Marrying twice – his first wife dies – he raises ten children.

Lewis F. Tatum, born in 1812 in Kentucky and the son of a Baptist preacher, moves to Greene County in 1836. Starting with little, Tatum becomes a prosperous farmer in his later life. During the war in his early fifties, he serves in Capt. Campbell’s company of Confederate Guards for one enlistment, at one point having his horse shot out from under him. Longtime Baptists, Lewis and wife Sarah raise eight children.

James T. West is born in Greene County in 1841 to early area settlers from Tennessee. As a teenager, he enlists in Company H of the Missouri Calvary, Confederacy, serving until the close of the war. After the war he turns to farming, marries and raises four children, and serves as a trustee of the Baptist church.

Nancy M. McKibben, born in 1820 in New York, is a Baptist woman who makes a name for herself in Greene County. The next-to-youngest of eleven children born to Quaker-turned-Baptists parents, McKibben at a young age becomes a school teacher, then in the 1850s teaches at several female schools before graduating from and then teaching at Oberlin College in Ohio. Moving to Missouri during the war, McKibben becomes a leading civic leader in Greene County. She later becomes a Presbyterian.

John B. Robinson, born in 1810 in North Carolina, moves to Missouri in 1837 to farm. Settling in Greene County, Robinson’s age is such that he does not serve in the war. A successful farmer, he and his wife raise seven children. The long time Baptist is considered “one of the best citizens of the county.”

JOHN A. BLANCHARD. This gentleman is the son of Henry H. and Mary W. (Patton) Blanchard, and was born in Logan county, Kentucky, December 7, 1886. In 18I9 his parents moved to Greene county, Missouri, and settled upon Leeper Prairie, where John grew to manhood. When he was twenty years of age he began teaching school and followed that in connection with farming until 1874. In 1861 he enlisted in Capt. Campbell’s company of Missouri-State Guards as orderly sergeant, and was at the battles of Dug Spring and Wilson’s Creek. At the expiration of his term of enlistment he was taken with typhoid fever, which disabled him for further service at the time. In February, 1862, he and his father started South in the rear of Price’s army. They were overtaken upon the 12th of that month by Federal troops, who took his father out of the wagon and killed him. He was sick in the wagon at the time. He returned home with his father’s body, and in 1868 moved to Boone county, Missouri, where he remained until 1865. He then returned to this county, where he has remained ever since. He has been justice of the peace, and was county recorder, from 1874 to 1878. Mr. Blanchard is a Mason, and a deacon and clerk of the Baptist church, of which he has been a member for twenty-seven years. In 1865 he only had a wagon and team, and he now owns a finely improved farm of one hundred and eighty acres. He was married September 17, 1863, to Miss Cordelia D., daughter of Lewis F. and Sarah (Robinson) Tatum, of this county.