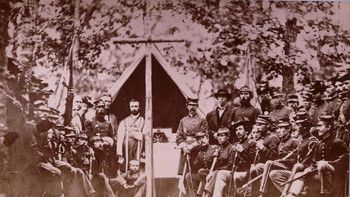 The Central Baptist Association of middle Georgia, convening yesterday, rejoiced in the “conversions of thousands in our armies.” Many other Southern Baptists this month also express thankfulness for the conversions resulting from army revivals.

As all chastisements of heaven are designed to be corrective it is of some importance to ascertain whether the war–which is but a scourge in the hand of the Almighty–has caused us to amend our ways in any respect. From the reports made by some of our missionaries and chaplains in the army one might conclude that a great reformation had already been effected, at least in our army, but these reports should be received with allowances for the infirmities of human nature. There is an old saying, that is as true as it is trite, that “it is easy to persuade ourselves that things are as we wish them to be.” It is equally true that ministers are very apt to overestimate the effects of their oratory and their own influence. It is also true that all wicked men are not fools. Many of them know how they ought to feel and talk and act, and while they loudly denounce hypocrisy, in professors of religion, play the hypocrite themselves most successfully in the presence of ministers of the gospel. There is another important fact which should be borne in remembrance. Many go up for prayer, in camp and elsewhere, who have formed no purpose of present amendment.–They have, perhaps, been brought up under religious influences, have heard much of the efficacy of prayer, feel their need of religion, desire to die the death of the righteous, and hope that, in answer to the prayers of his people, God will interpose in some remarkable way to same them at last. Hence it is ministers are often deceived, and being deceived themselves they unintentionally deceive others by their reports. I have read reports of scenes which I have witnessed, made by men of unquestionable piety, and could but feel persuaded, as I read them, that they were reports of things as they should be rather than of things as they actually exist.

If this dissenting report is correct, few join him in telling the truth about religion in the camps. Long after the war, the South celebrates the seemingly unqualified success of army revivals.