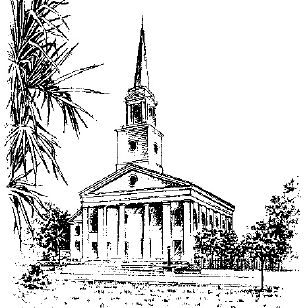 Robert G. Shaw, commander of the 54th Massachusetts Regiment — the first African-American regiment of the war — stationed in Union-controlled Beaufort District, South Carolina, for the second day in a row attends a local African Baptist church, writing of the experience to his mother.

His words describing today’s Sunday service are not as complementary as those of yesterday.

…. I went to church at the same place, where the meeting was held on the 4th. The preaching was very bad, being full of “hell & damnation” but administered in such a dull way, that sleep soon overcame most of the Congregation & we counted fifty darkeys fast in arms of Murphy. After the sermon the preacher said “Those who wish to be married can come forward.” Some one then punched a stout young fellow, in white gloves, near me, and as soon as he could be roused, and made to understand that the hour was come, he walked up to the altar. A young woman, still stouter, & broader shouldered, than the bride groom, advanced from the women’s side of the church, accompanied by a friend, and they both stood by his side — so that it looked as if he were being married to both of them. However they got through it all right, as he evidently knew which was which, and they both said “Yes sir” in answer to all the preacher asked them. They were both coal black. I couldn’t find out if the bride had been snoring, during the sermon, as well as the groom. At the church they sing our hymns, and make a sad mess of them, but they do justice to their own at their praise meetings.

The Baptist couple enjoy newfound freedom to marry. Enslaved African Americans are rarely allowed to formally marry, much less participate in wedding ceremonies. Post-emancipation African Baptist churches, and others, provide venues for freedpersons to marry, and in general become a center of familial stability unobtainable in white-led, integrated Southern churches prior to the war.

Following yesterday’s decisive Confederate defeats at Gettysburg and Vicksburg, the institution of African slavery seems destined to perish. As news of the battles filters throughout the South, reactions are often in the form of despair mingled with determination (of whites) to persevere in the defense of  Southern slave society. Many reaffirm their belief that God is on their side, ensuring ultimate Confederate victory, somehow.

Today, while free African Baptists in Beaufort, South Carolina worship and marry, Confederate Gen. Robert E. Lee, now retreating from Gettysburg, pens an upbeat letter to Confederate President Jefferson Davis from a location near Hagerstown, Maryland. Thus writing, Lee — evidencing the defiance that many white Southerners will assume in the days and weeks ahead — voices confidence despite the defeat, to the point of suggesting that Davis order an offensive against the United States capitol of Washington (Davis declines). Lee also expresses faith in God’s providence.

My letter of yesterday should have informed you of the position of this army. Though reduced in numbers by the hardships and battles through which it has passed since leaving the Rappahannock its condition is good and its confidence unimpaired.

When crossing the Potomac into Maryland, I had calculated upon the river remaining fordable during the summer, so as to enable me to recross at my pleasure, but a series of storms commencing the day after our entrance into Maryland has placed the river beyond fording stage and the present storms will keep it so for at least a week.

I shall therefore have to accept battle if the enemy offers it, whether I wish to or not, and as the result is in the hands of the Sovereign Ruler of the universe and known to him only, I deem it prudent to make every arrangement in our power to meet any emergency that may arrive.

From information gathered from the papers I believe that the troops from the North Carolina and the coast of Virginia, under Generals Foster and Day have been ordered to the Potomac and that recently additional reinforcements have been sent from the coast of South Carolina to General Banks. If I am correct in my opinion this will liberate most of the troops in those regions and should not your Excellency have already done so I earnestly recommend that all that can be spared be concentrated on the upper Rappahannock under General Beauregard with directions to cross the river and make demonstration upon Washington.

This course will answer the double purpose of affording protection to the capital at Richmond and relieving the pressure upon this army. I hope your Excellency will understand that I am not in the least discouraged or that my faith in the protection of an All merciful Providence, or in the fortitude of this army is at all shaken. But though conscious that the enemy has been much shattered in the recent battle I am aware that he can be easily reinforced while no addition can be made to our numbers. The measure therefore that I have recommended is altogether one of a prudential nature.

I am most respectfully your obedient servant, R. E. Lee, General