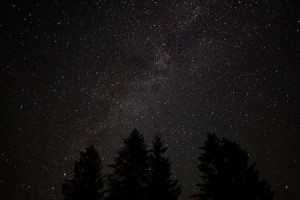 Once again, Southern hopes are dashed. The losses in the Chattanooga Campaign and the retreat southward into Georgia are a bitter blow to the Confederacy as winter closes in.

Confronted with the growing likelihood of losing the war, Southern Baptist newspaper editors increasingly focus on spiritual victories taking place within the Confederate Army. Eternity, after all, is more important than what happens far below on earth.

One such story of spiritual victory, an especially inspirational account, is related in this week’s Virginia Baptist Religious Herald.

A brave and godly Captain told one of us his story, as we were moving him to the hospital. He was shot through both thighs with a rifle bullet–a wound from which he could not recover. While lying on the field he suffered intense agony from thirst. He supported his head upon his hand, and the rain from heaven was falling around him. In a little while a little pool of water formed under his elbow; and he thought if he could only get to that puddle he might quench his thirst. He tried to get into a position to suck up a mouthful of muddy water, but he was unable to reach within a foot of it. Said he, “I never felt so much the loss of any earthly blessing. By-and by night fell, and the stars shone out clear and beautiful above the dark field; and I began to think of the great God, who had given His Son to die a death of agony for me, and that He was up there–up above the scene of suffering, and above those glorious stars; and I felt that I was going home to meet Him, and praise Him there; and I felt that I ought to praise God, even wounded and on the battlefield. I could not help singing that beautiful hymn,

‘When I can read my title clear,
To mansions in the skies,
I’ll bid farewell to every fear,
And wipe my weeping eyes’

And,” said he, “there was a Christian brother in the brush near me. I could not see him, but I could hear him: He took up the strain, and beyond him another caught it up all over the terrible battle field. That night the echo was resounding, and we made the field of battle ring with hymns of praise to God.”