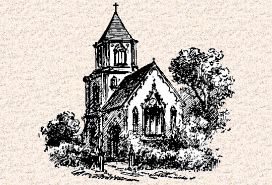 The legacy of Benjamin Randall, founder of Free Will Baptists, is alive and well in Oneonta, New York. In 1856, the town’s Second Free Will Baptist Church was established when some members of the first Free Will congregation “believing that a more central location would foster the growth of church membership … thought it wise and proper to establish a second church.”

Early services were held in the Emmons Schoolhouse, of which the “interior was of a very primitive fashion. There were two rows of desks or ‘counters,’ … continuous with three sides of the room; the one close to the wall was slanting, the inner one had a flat top. Between the two rows were benches without backs, so that one could face either way by simply turning about.”

The founding members of the Second Free Will Baptist congregation immediately began the process of obtaining land and building their own meeting house. On January 1858, their first meeting house was completed. The dedication service took place on January 20, 1858.

The meeting-house was a simple but substantial frame structure, painted white, with green blinds. The size on the ground was 60 feet by 36 feet, length of posts 21 feet, extreme height 80 feet.

The interior of the building was also plain and simple in construction. The entrance opened into a good-sized vestibule; at the left of this was a small room, and at the right was another room containing a stairway which led to a gallery above. The gallery was, properly speaking, an upper room which extended across the front of the church. There were doors facing the main room, so that they could be opened, if the occasion required, or enclosed for prayer meetings and other gatherings that used to assemble there. The audience room had two sections of pews, a main aisle through the centre, and one at each side. The platform was at the rear. The organ and choir were at the speaker’s right, and at his left was a set of “wing” pews. The woodwork was finished in a dark color resembling black walnut.

Then came the war. While not impacted to the degree of Baptist congregations in the South, some Northern Baptist churches, reflecting the absence of male members who are away serving in the Union Army, do suffer during the war years. Such is the case of Oneonta’s Second Free Will congregation. In 1862 the church becomes pastorless and services are sporadic, a condition that continues into 1864.

Today, the Free Will congregation votes to open their meeting house to community activities as a way to both make use of it and earn a little income for the church:

Resolved, That this house can be occupied for public lectures, moral entertainments, and other exercises not inconsistent with Christianity at a price not less than three dollars nor exceeding five dollars an evening including light and fuel.

Later this year, the congregation calls Rev. Crowell as their new pastor. The good reverend, years later, reminiscences of the situation:

Oneonta was then a very small village, but big with the expectations of a railroad. I rode into it by stage from Fort Plain, your nearest railroad station. Here I found a small people with no pastor; congregation and Sabbath-school were nearly scattered, having preaching only occasionally. You then had no organ, no chandeliers, no parsonage, no bell. You did have a church building, bare, cold, and grim. I remember well the few weeks I spent on a summer visit; and then came the question: Will I come and settle as a pastor? I went on in the fall of 1864 and began my work as pastor. Congregations increased, the people were encouraged, a large Sunday-school was gathered around us, and those interesting children’s meetings were begun, and which, I have heard, have been kept up ever since in some form.

Despite the hardships of the war years, the Second Free Will Baptist Church of Oneonta does indeed survive the great conflict and in the years following gradually grows and prospers.