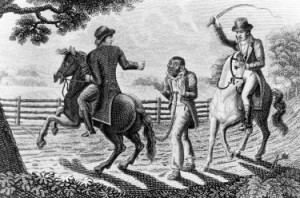 A Baptist editorialist this week, letting his imagination run loose, plays the emotionally-laden “negro” card, accusing the Yankees of planning on putting negro preachers in Southern pulpits “as soon as we are subjugated.”

The people of the South are, by this time, prepared to believe the Yankees capable of many wicked and foolish things. Bitter experience has taught us that there is a large admixture of what some writer has called the “essence of Devil” in our enemies, notwithstanding their claims to be the leaders in the spirit and works of philanthropy and religion. We knew that their officers and soldiers could rub and plunder and steal and outrage every right of humanity. We know too that their government, anticipating a speedy suppression of the “rebellion,” is preparing to confiscate our property. But we had supposed that they would not interfere with our consciences. We had thought that some lingering sparks of generosity would induce them to leave us unmolested in our worship of God. But we were mistaken. The “Baptist Home Mission Society” of the North have received from the government a grant of all the houses of worship and other property belonging to our denomination in the “Rebel States” and as soon as we are subjugated, we are to have a Yankee or negro preacher in every pulpit, and an Editor of similar stripe for all our denominational papers. Belief in the Divine appointment of slavery must be preached out of us. Lest we should ever forget the great sin and wickedness of this “rebellion,” we are to be reminded of it every Sabbath from the pulpit. Lest we should ever regain any measure of self-respect we are to have our humiliation continually sounded in our ears by a preacher fresh from Yankee land. The government is to take care of our bodies, but these Pharisees undefiled are to manage our souls. How do our readers relish the thought of seeing their pulpits vacant or filled by ranting, canting, hypocritical abolitionists or strapping, fragrant Africans? How would they enjoy the new expositions and eloquent exhortations of such men? With what thrilling interest would they read the editorials of the Recorder coming from such a source? Glorious times! Delightful programme this, which the Yankees are preparing for us.

Corrupt as we believe the Northern people to be, we are a little surprised that Baptists, hitherto the representatives of soul liberty in every land, should join this work of robbery and persecution. They, too, are given over to Satan. The Southern Methodists are to share a similar fate, and Bishop Ames has already been sent out as a great apostle of this new measure. The Presbyterians and Episcopalians will follow, ad then–ah, well man proposes, but God disposes. With His blessing on our cause, Lee and Johnston and Polk and Beauregard will yet teach these men that we are not subjugated and they will find that they need a grant from some other source than Lincoln and Seward, before they can take possession of our churches and preach infidelity and abolitionism to Southern people.

Although most of the charges are based more on fear than fact, vacant Baptist churches (not all churches, as the editorial declares) in the South are indeed targeted for occupation by Northern Baptist ministers. And while the accusation that Northern Baptists are violating the “soul liberty” of white Baptists of the South has some merit, the other side of the coin is that the Confederate States are a foreign nation at war with the United States and have thus lost their freedom privileges. In addition, white Baptists of the South have long championed bondage, rather than freedom, for black Baptists, thus making their words rather hypocritical.

And yet the irate commentator is quite right that slavery and abolitionism are at the heart of the war yet raging. A weakening Confederacy remains bitterly defiant against the prospect of Southern slaves obtaining freedom. Images of “African” men preaching in Baptist pulpits of the South plays to fears of black dominance and white servileness.

In short, white supremacy must be maintained at all costs.