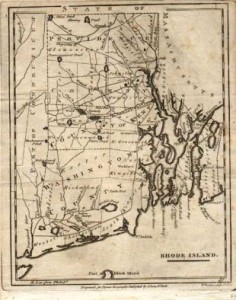 On the site of what will one day be the Kansas City, Missouri zoo, the Battle of Westport takes place. The battle proves to be a culmination of major activity in the state, as a Union win effectively overcomes the little remaining resistance to Union rule in Missouri.

Not only is the battle significant in Missouri, but in the West at large: Westport is the last major military engagement west of the Mississippi. With the far western theater of war now under Union control, Federals brush aside perimeter distractions and further hone their focus on hard war in the Deep South and, in Virginia, turning the siege of Petersburg into the capture of Richmond, the Confederate capital.

Meanwhile, the Warren Baptist Association of Rhode Island enjoys a moment in the public sun this day, courtesy of a story in the New York Times regarding the association’s recent resolution of affirmation of President Abraham Lincoln and the war effort.

BAPTIST ASSOCIATION. — The Warren, R.I., Baptist Association have received from the Secretary of State the following acknowledgment of the reception of the patriotic resolutions adopted by them at their meeting held in Providence:

To Rev. B.P. Byram, Moderator of the Warren Baptist Association of Rhode Island:

SIR: I have received, and in compliance with your request, I have submitted to the President of the United States the resolutions of the Warren Baptist Association. I am charged by him to express his profound acknowledgments to that Reverend Assembly for their enlightened, patriotic and humane appreciation of the issues involved in the great conflict in which the country is engaged with reckless and desperate, internal enemies. In return, the President desires you to be assured of his most earnest wishes for the advancement of the religion of peace, liberty and brotherly love, and for the rapid dissemination of that religion throughout the world.

I am, sir, very respectfully, your obedient servant,

Rhode Island Baptists’ sentiments are those of most Baptists of the North: military might must continue to be employed until the South’s peculiar institution of black slavery is destroyed, so that freedom can reign throughout America.